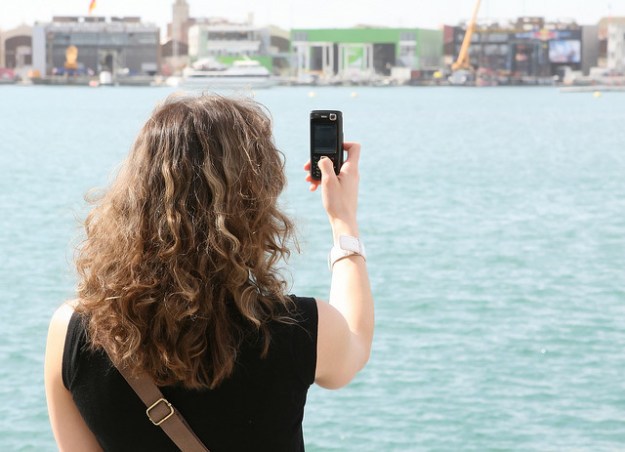 As the tech inside smartphone devices continues to improve, more and more people are choosing to leave their stand-alone cameras and video cameras at home, according to data from market research company NPD.

Its study involving US adults found that this year 27 percent of photos were taken using a smartphone such as Apple’s iPhone, 10 percent up on the previous year. In contrast, photos taken with stand-alone cameras dropped from 52 percent to 44 percent.

Commenting on the findings, executive director and senior imaging analyst at NPD Liz Cutting said, “There is no doubt that the smartphone is becoming ‘good enough’ much of the time; but thanks to mobile phones, more pictures are being taken than ever before.”

She added that consumers were more likely to use their smartphone than a stand-alone camera to capture spontaneous moments, but that “for important events, single purpose cameras or camcorders are still largely the device of choice.”

NPD’s figures are borne out by data from Flickr earlier in the year that showed the iPhone 4 surpassing Nikon’s D90 dSLR camera as the most commonly used camera for snappers posting pictures on the popular photo-sharing website. In Flickr’s current smartphone-only chart, four of the top five positions are held by various models of Apple’s iPhone.

The trend highlighted by NPD’s findings is likely to continue for some time as smartphone technology improves and such devices get into the hands of more and more people around the world.

However, the data certainly doesn’t spell the demise of camera specialists such as Nikon and Canon. While serious photographers may well be happy to snap a few shots with a smartphone, they’ll also be keen to keep their bag of camera bodies and lenses firmly by their side.

Indeed, manufacturers of feature-rich cameras such as dSLRs can look to the future without too much trepidation; NPD also found that sales of detachable lens cameras increased by 12 percent over the last year.

Topics
Video-editing app LumaFusion to get a Galaxy Tab S8 launch
These 6 things could make the Pixel 7a the perfect Google phone
The most innovative smartphones of 2022
The most innovative tablets of 2022
The best Samsung Galaxy S22 Ultra screen protectors for 2022
Fitbit Cyber Monday Deals: Save on Sense 2, Charge 5, and Versa 2
Apple Cyber Monday Deals: Apple Watch, AirPods, iPad, MacBook
Get these JBL earbuds and 4 months of Music Unlimited for $25
OnePlus’ new Android update policy matches Samsung, shames Google
How Apple can fix iOS 16’s messy lock screen customization in iOS 17
The best voice-changing apps for Android and iOS
Spotify Wrapped 2022: what it is and how to view it
Save $225 on the unlocked Samsung Galaxy S22 Ultra with this deal