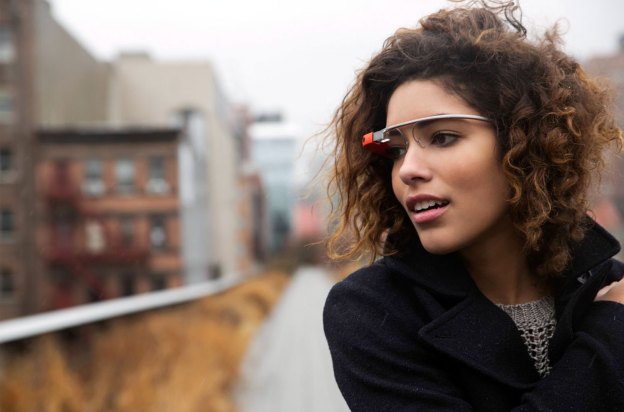 Google Glass has yet to land in the hands of the public – but our outrage over its potential effect on privacy has already begun. Case in point: Seattle’s The 5 Point Cafe, which announced on its Facebook page early last week that anyone wearing Google’s ultra-newfangled mobile contraption is banned from the bar, to protect fellow drinkers’ privacy.

“For the record, The 5 Point is the first Seattle business to ban in advance Google Glasses,” reads the post. “And ass kickings will be encouraged for violators.”

Dave Meinert, owner of The 5 Point, explained to MyNorthwest that his customers deserve to throw back a few dozen Jager Bombs without fear of inadvertently looking like a douchebag in a YouTube video secretly shot by some hypothetical Google Glass user.

“You have to understand the culture of The 5 Point which is a sometimes seedy, maybe notorious place, and I think people want to go there and be not known,” said Meinert. He added: “Part of [the Google Glass ban] is a joke, to be funny on Facebook and get a reaction, but part of it is serious because we don’t let people film other people or take photos unwanted of other people in the bar because it’s kind of a private place people go.”

The thought of a stranger staring at me with a camera on his face induces a special kind of queasiness.

We could bicker all year about the wisdom and efficacy of The 5 Point’s ban on Glass. Staunch privacy advocates like myself will praise the moratorium as a win for personal space. Glass lovers will call skeptics foolish Luddites, and dub Meinert a hypocrite thanks to the security cameras he reportedly has recording his patrons’ every move – not to mention all the camera-packing smartphones everyone at the bar presumably has in their pockets and handbags.

Who’s right about the bar’s Google Glass ban doesn’t really matter – it’s the fact that we’re talking about privacy in a new way that makes the paranoid in me feel all warm and fuzzy.

Fear of the unknown

When Apple launched the smartphone revolution with the original iPhone in 2007, the technology’s effect on privacy remained a niche talking point. Sure, we had a few clairvoyants sounding the alarm. But talk of privacy violations was the last thing on most people’s minds. We were more focused on the niftiness of the App Store than the fact that we now had the equivalent of a house-arrest ankle bracelet in our pockets. For the most part, we still are.

Such is not the case with Google Glass. Following Google co-founder Sergey Brin’s high-flying demonstration of Glass’ array of augmented reality features last summer, commentators immediately pumped out Orwellian warnings about the privacy-free future Glass is sure to impose upon us all. Now businesses are banning the gadget outright, before it even gets a release date. Privacy is not a fringe concern – it is central to discussions about Google Glass.

One major reason for these blossoming privacy woes is Google itself, which has built an Internet empire fueled by our personal data. We can rightfully assume that everything we record, photograph, search, or map with Glass will be pushed through the Google pipes. But that’s not all: The new form factor of Glass – glasses loaded with smartphone capabilities – appears to have sparked a concern for personal privacy that didn’t burn smartphones until it was far too late for most people to really care. For some reason, the thought of a stranger staring at me with a camera on his face induces a special kind of queasiness – and I’m clearly not alone.

Go on, be honest

Realistically speaking, Glass likely poses no more threat to our privacy than smartphones, Facebook, credit cards, or CCTV. It’s bad, but not uniquely bad. The design of Glass makes it more conspicuous than Justin Beiber at an all-girls middle school – we’ll know when someone is wearing them. And they even sport that classic little red light, the international sign for “You are being recorded right now, so don’t act like a jackass.” At least you’ll know when your privacy has been violated, which is more than we can say for smartphones.

More than Glass’ relative innocuousness, however, is the fact that we’re preemptively addressing the privacy implications of an emerging technology – which, in turn, stands to ignite a real debate about our sorry, continuous state of observation. The first step to solving our privacy problem is admitting we have one. Google Glass may force us to do just that.

It’s a long-shot, for sure. Once Glass hits stores, most of us will probably just zip past talk of privacy and on to something less stressful – like all the hilarious “fail” videos we just shot of oblivious half-wits with our spanking new pair of Google Glass. But maybe – just maybe – we’ll take this opportunity to revive privacy as a value of 21st century life. And if not, well, meet me at The 5 Point, where we can drink away our fears in peace.