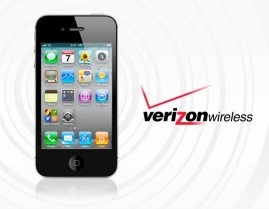 Verizon Wireless announced today that it raked in a total of 2.2 million iPhone 4 activations in the first quarter of 2011. Overall, Verizon reports that the company added 1.8 million new customers, of which 906,000 of those signed wireless contracts. In addition to the iPhone, Verizon sold about 260,000 units of the HTC Thunderbolt, the first phone to work on the company’s high-speed 4G LTE network.

The company reported earnings of $3.26 billion on a revenue of about $27 billion. At the end of the first quarter, Verzion said it had 104 million total connections with 88.4 retail customers. This news was met with disappointment by Wall Street, which expected better results from Verizon. In response to the earnings report, Verizon shares fell 84 cents, or 2.2 percent, to $36.94.

Verizon also revealed that the upcoming iPhone 5 will have dual-mode capabilities, which will allow one device to connect to both Verizon’s CDMA network, and GSM networks like AT&T. This also enables the next-generation Apple smartphone to be a “global device,” the company said, meaning it would be capable of connecting to GSM networks abroad.

The iPhone 5 is currently expected to ship in September. Verizon said that it hopes to add a total of about 11 million iPhone units to its network in 2011.