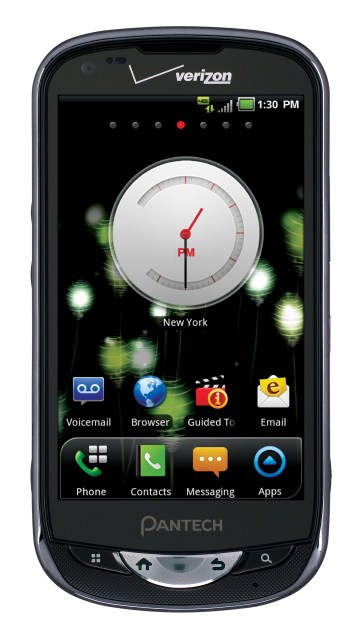 Fresh on the heels of the Droid Bionic Verizon announces yet another 4G LTE Android phone.  The Pantech Breakout will be the first budget friendly LTE phone on Verizon’s network.  On contact the Breakout can be had for only $100, which is half the price of the next cheapest phone in the stable.  The Breakout will become available later this week on September 22.

There doesn’t seem to be any one reason why the Breakout is half the price of the LG Revolution, or one third the price of the Droid Charge.  It will be the first Verizon LTE device to not have a 4.3 inch screen, but it is by no means a small screen measuring in at 4 inches.   Even with a smaller screen it has the same resolution as the LG Revolution, Droid Charge, and HTC Thunderbolt, which means it has a higher pixel density.

The Breakout will also feature Android Gingerbread 2.3, with what looks to be a custom skin provided by Pantech.  As of right now there are no stock Android options on Verizon’s LTE network, but that could change if all the rumors of a Droid Prime are true.

It is far too early to start passing judgment on an unreleased phone.  Just comparing the specs of this phone verses the other LTE options on Verizon it does not appear to be a budget phone.  If the Breakout can match the performance of the other 1 gigahertz LTE phones, and have decent battery life looks to be a great deal at only $100.