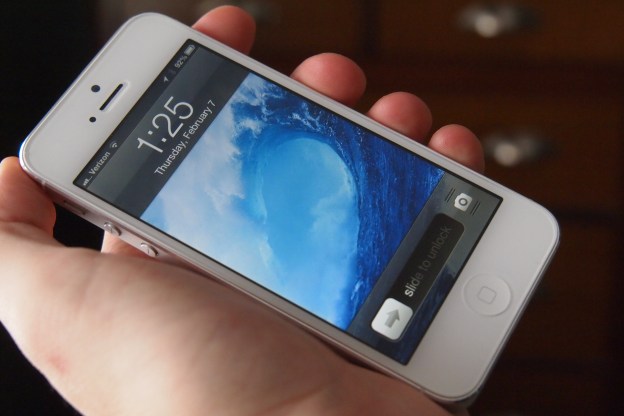 We’re days away from seeing the future of Apple’s mobile operating system. At WWDC 2013, we’ll get our first look at iOS 7. It’s unquestionably the most anticipated iOS version in several years, a fact almost solely linked to Apple designer extraordinaire Jony Ive’s involvement, and the whispered promise of a whole new look. While iOS needs a visual rebirth, mostly because it has looked the same since it was first released, is that really enough to keep established iOS lovers coming back for more, or perhaps more importantly, to steal users from Android, Windows Phone, and BlackBerry?

The answer is no, as the initial wow factor of any new look is fleeting, and if iOS 7 is revealed to be nothing but garnish on the side of a familiar (but tasty) dish, Apple will need to rely more on the next iPhone to pull in new customers – and if experience has taught us anything, the next iPhone may not break the mold either.

It absolutely must be better than iOS 6

To help Apple avoid such as disaster, we’ve got a few suggestions on what it needs to do with iOS 7 to start to win us, and potentially others, over. First and foremost, it needs to be better than iOS 6, the cornerstone of shocking iOS updates. Looking back at WWDC 2012, Apple told us there were 200 new features in iOS 6, but what it didn’t say is all but three or four were terribly dull. It should tell you everything you need to know when, “features” such as a VIP mode for Mail, and a Do Not Disturb mode got us all hot and bothered.

Fine, Facebook integration was most welcome (but only if you use Facebook), as was Reminders, but as for Passbook – an app which a high percentage of users have put in their Junk folders and haven’t opened since – and, ugh, Apple Maps, which cunningly avoided the trap of being dull by being dreadful instead, these were (and still are) failures. No, iOS 6 wasn’t good, but because iOS generally works so well, very few people cared, so iPhone owners have just got on with life while they waited for iOS 7.

Careful Apple, don’t mess it all up

This brings us neatly to the next thing Apple has to do with iOS 7 so we don’t leave, and that’s not mess it all up. We don’t think Apple is daring enough to fundamentally change the way iOS works, but by indulging Ive in his quest to apparently remove all traces of a connection to the real world, Apple runs the risk of going too far, and making iOS an even more sterile, characterless wasteland than it is now. iOS isn’t the most visually friendly place, but the little graphical touches such as passes tucked into pockets in Passbook, at least give it the impression it was created by humans and not robots.

Android goes too far in the other direction, with the potential for users to turn their phones into the mobile equivalent of a teenager’s bedroom wall. We spend so much time on our phones these days, we’d prefer it to be a pleasant, personalized place to hang around, but not an operating room. Ive has been responsible for all of Apple’s hardware designs, but he has never struck us as being particularly … well … fun, so someone had better add some of it to iOS 7 when isn’t looking.

It’s imperative iOS 7 isn’t all looks and no brains. We’ve already pointed out iOS 6 was almost devoid of new, interesting features. However, Apple managed to do it with iOS 5, as it introduced iMessage, the Notification Center, and iCloud, among other things. While these had been seen before elsewhere, they were at least useful, and enhanced the iPhone and our lives in a meaningful way. The beauty of these features is that they were universal, and to use them you didn’t need to live in America, have a particular hobby, use a certain app, or be interested in something like the score of the most recent football game.

Unfortunately, all the above could apply to an Apple streaming music service, which has been rumored for a while, and anything with an additional cost (let’s not kid ourselves, it’s not going to be completely free) is always going to limit its appeal. Also, yet another streaming music service is unlikely to enrich anyone’s life, as if you want to listen to music all the time, there are many ways of doing so on your iPhone already. Then again, music is in the DNA of the iPhone, and if Apple nails streaming music, the new service model could benefit all music fans.

So what can Apple bring to iOS 7 to impress us? Yes, we’d like to see the addition of a quick access bar for Wi-Fi, Bluetooth, and 3G/4G connectivity. Multi-user accounts on the iPad would also be good. But these aren’t, for want of a better word, “killer” features. We want something smart, but not Siri, and a feature we can instantly see fitting into everyone’s lifestyle, so mobile payments is probably out, too. As to what this feature could be, we’re open to suggestions, and would like nothing more than to be surprised and delighted by Apple’s ingenuity on June 10.

The importance of iOS 7 being a critical hit can’t be overstated, as in addition to Apple pleasing us the customers, it also has to fend off the next version of Android. For the first time in a while, Apple will show its hand before its main rival, but there’s an excellent chance we’ll get to see Android 4.3 or 5.0 before iOS 7 is released and this time, we’ll be comparing it to Apple’s effort, instead of the other way around.

So, Apple, here’s your cheat sheet for iOS 7: It needs to look good, work flawlessly, include a feature we quickly won’t be able to live without, and most of all, be much better than iOS 6. Easy!