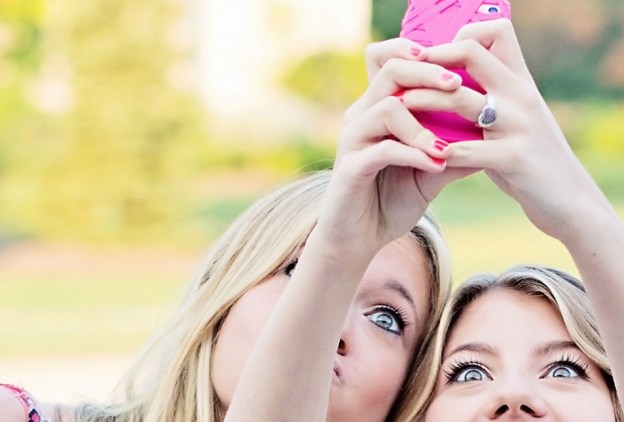 If you haven’t heard about Snapchat, you will.

The photo-sharing app is enjoying an explosive rise in popularity, especially among the coveted under-25 demographic, and this week the trendy phone program is reportedly getting a big backing boost — $8 million — from Benchmark, the same financier behind Instagram’s rise.

For the uninitiated, Snapchat is an app you can use to send photos with built-in self-destruct timers. Instead of sending someone a photo they can go back and look at whenever they want, Snapchat allows users to decide how long the recipient can view the picture. It’s enjoying a surge in popularity because it trades in a feeling of inconsequentiality, in the idea that whatever is shared is done so for a fleeting moment. And at a time when the Petraeus scandal made it clear how technology can foil even the most astute and discreet minds, it’s no surprise the latest app hit is designed to avoid electronic trails.

As you can imagine, a service for sending photos that disappear lends itself to some naughty undertakings. Although the CEO says he did not expect people to use Snapchat to send sexual text messages (sexts, if you must), they are. Oh, not every message is an oiled-up or taut body part—since over 1,000 images are swapped a second, that would be a monumental number of salacious encounters. Some people are using it to send goofy, lighthearted messages and nothing more.

But others are using it for less wholesome purposes, sending nude and suggestive photos for their sexual partner or partners … or unsuspecting friends, who knows? Although the images vanish within a predetermined number of seconds, well-prepared deviants can easily snag a screenshot in that amount of time. And while there is an alert that lets users know if their image is subject to a screen grab, it can’t get the surreptitiously captured picture back. This means people who send explicit photos will quickly discover if the recipient has ignoble intentions, but by then it will be too late. If someone is willing to take a screen grab of the dirty image you just sent them, odds are you aren’t getting it back – or deleted. Oh and, there are always tips and tricks floating around instructing users how to bypass the screenshot alert, so that the sender would be none the wiser to your less than ethical ways.

So soon after the app’s release, there’s already a creepy example of how simple it is to capture screenshots, and how easy it is to broadcast these images to a wide audience: Enter the very NSFW Snapchat Sluts, the gross brainchild of a party photographer. Snapchat Sluts is a website highlighting (you guessed it) photos of women who have chosen to participate. The site ranges from perfectly tame photos to very, very illicit ones. While the site only shows women who have willingly sent in their pictures, the ease with which the images were collected makes it clear that capturing a lasting record of these vanishing pictures is breathtakingly simple (it’s also worth asking if anyone is making sure everyone showing up on the site signed off on it publishing their Snapchat photo). And since young people are the driving force behind Snapchat, this is a problem: People under 18 may be swapping images that are legally classified as child pornography, and they may be doing it with less trepidation than they would if they were using SMS, since they assume the person they’re sending the photo to won’t screenshot their body.

But even if the majority of the sexual back-and-forth on Snapchat results in nothing more than stirred teenage feelings, there’s always the young man or woman who decides to pull the jerk move and capture the image to show their friends. And that’s the stuff teenage crises are made of.

In addition to being the greatest tool for sexting since the front-facing camera, people are reporting its role in recent bullying incidents. For instance, in Iowa, students came under fire for using the app to take a picture of an unsuspecting high school student in the locker room that was then sent to a male student – obviously, without the victim’s consent. There’s also a little privacy oversight in which everyone is able to publicly see who your top Snapchat messaging buddies are. Which isn’t too terrible … unless it’s someone you shouldn’t be Snapchatting with. Someone who, say your significant other, wouldn’t love to know you’re frequently Snapchatting.

Snapchat hasn’t been around very long, and people may tire of it in the same way fads like Draw Something flame up and die down. But it has potential for staying power, like Instagram or Twitter. If Snapchat’s going to stick around, people need to give themselves a reality check and admit that what happens on Snapchat doesn’t always stay on Snapchat. And parents and teachers need to educate themselves about technology their students and children are using, so they can try to guide young people to use it for the right reasons. Self-destruct images certainly serve a valuable purpose, but you have to account for the lowest common denominator – something Snapchat has been bringing out in plenty of users.

Topics
Video-editing app LumaFusion to get a Galaxy Tab S8 launch
My iPhone 14 Pro camera is ruined, and it’s all Apple’s fault
This is the OnePlus Pad — the OnePlus tablet we’ve waited years for
The Galaxy Z Fold 4 isn’t just a good phone — it’s also my favorite computer
3 reasons you should buy the Google Pixel Watch today
The best dating apps for 2023
The best webcams for 2023
The best USB-C headphone adapters for 2023
The best tablets for seniors for 2023
The best iPad keyboards for 2023
Is the Samsung Galaxy A14 5G waterproof?
The best fitness trackers in 2023: our 10 favorite picks
Watch the Galaxy S23 Ultra get unboxed a week before launch