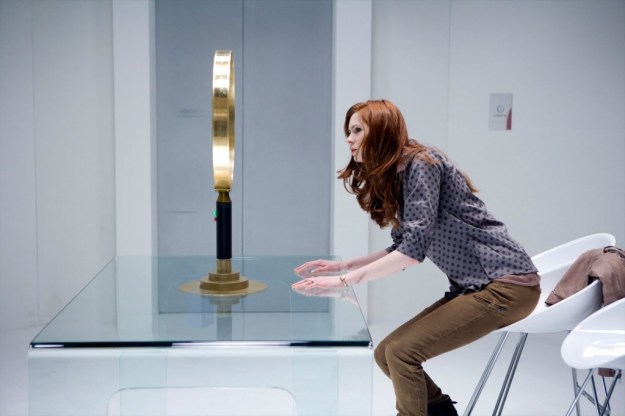 It’s only been 36 hours since the most recent episode of Doctor Who rolled credits, but we already have a new trailer and behind-the-scenes teaser for “The Girl Who Waited,” next weekend’s episode.

In the new episode, The Doctor is tasked with saving Amy Pond from a quarantine facility for victims of an alien plague. The only problem is that The Doctor can’t actually set foot in the facility himself, so it’s up to Rory to save his damsel in distress.

Of course, judging by what we see in the trailer, Amy might be able to handle herself just fine… at least, one of the versions of Amy can.

Confused? Yeah, we are, too — but we have good news and bad news.

On the good side, the new trailer is a nice teaser for the episode, which was penned by “Rise of the Cybermen” and “Age of Steel” writer Tom MacRae. The BBC has also released an interesting video that introduces the episode via interviews with MacRae and Amy Pond herself (Karen Gillan).

On the bade side, we’ll have to wait until September 10 to find out exactly what’s going on, and why Amy appears to be fighting robots in an Apple Store. (That is what it looks like, isn’t it?)

Doctor Strange in the Multiverse of Madness review: Messy magic

Everything you need to know about Doctor Strange