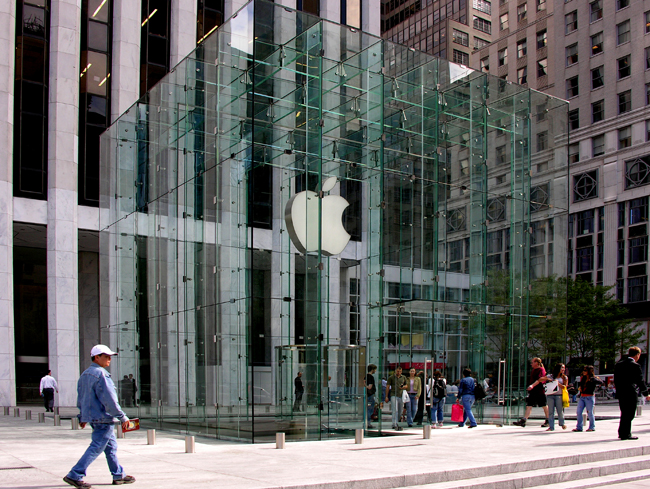 On the same day that Apple announced its best financial quarter ever, the Cupertino company also let on its intention to build 30 new Apple stores around the world by the end of September. The new stores will include its first in Hong Kong.

Apple Insider reports that Peter Oppenheimer, the company’s chief financial officer, said in a conference call on Tuesday that the stores had generated $3.5 billion in revenue and $828 million in profit during the second calendar quarter (Apple’s fiscal Q3).

He added that the stores, of which there are more than 300 worldwide, hosted a staggering 73.7 million visitors during the quarter.

Tim Cook, Apple’s chief operations officer, said the company was looking to build more stores in China, with Apple Insider reporting that the company could open as many as 25 of them in the country by the end of 2012.

Financial results for the quarter, announced on Tuesday, showed that profits climbed almost 125 percent to $7.31 billion on record quarterly sales totaling $28.57 billion. Apple CEO Steve Jobs said of the results: “We’re thrilled to deliver our best quarter ever, with revenue up 82 percent and profits up 125 percent.” He added: “Right now, we’re very focused and excited about bringing iOS 5 and iCloud to our users this fall.”

Besides the record number of iPhones and iPads sold, the company also shifted just under four million of its personal computers, a 14 percent increase on the same period last year.

The results come in the same week that Apple is expected to release its latest operating system for its personal computers, OS X Lion, as well as a refresh of the MacBook Air.

HP unveils new IPS Black monitor with one key new feature
This reliable leaker has some bad news about Apple’s M2 Pro chips
This half-sized micro-keyboard is a dream come true for PC gaming on the go
Apple finally allows you to repair your own MacBook
This startup claims to have unlocked the secret to speedy CPUs
SpaceX Starlink internet heads to first cruise ships
We really didn’t expect these two new contraptions from LG
There’s a problem with those amazing Ryzen 7000 benchmarks
Halo Infinite Season 3 delayed until 2023, split-screen co-op canceled
Apple’s antivirus strategy for Mac has gone fully preemptive, but is that enough?
Intel admits to one key regret about its launch of Arc GPUs
Here’s why you need to update your Google Chrome right now
Malware has a terrible new way to get to your computer