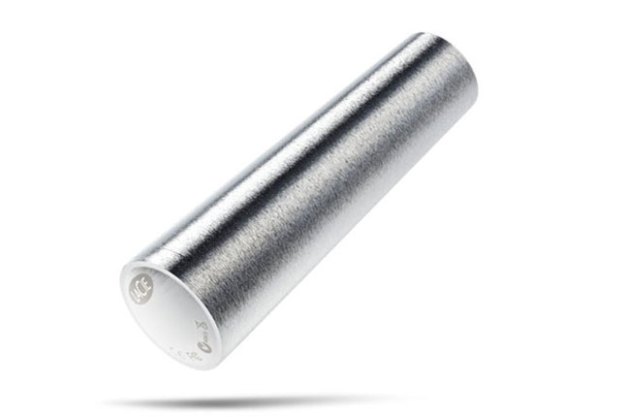 “LaCie’s ultra-rugged thumb drive defies water, heat and pressure that would crush other drives, with superb speed to boot.”

If your typical USB thumb drive amounts to a padlocked warehouse for data, LaCie’s XtremKey USB is the Fort Knox. Fortified to the hilt with protection that only a fraction of users will ever take advantage of, the XtremKey combines unrivalled protection for data with bleeding-edge transfer speeds, making it one of the most appealing thumb drives on the market today. Like a Hummer, tough doesn’t come cheap (the 16GB version sells for $80), but for those who see value in their data, the premium will be a petty one.

Like its chief competitor, the Corsair Survivor, the XtremKey seals up data in a quite literal sense – within an impregnable metal shell. The USB key itself has been encased in 2mm-thick metal, and might pass for any other except for the beefy threads on its base, which screw into a one-piece, pipe-like shell. The entire assembly has been cast from Zamac, a super-tough alloy of zinc, aluminum, magnesium and copper that’s typically used in everything from zippers to plumbing fixtures, blenders and firearms.

Obviously, the package weighs quite a bit more than your average thumb drive, but it lends some sense of security, too. We’re pretty sure you could throw it through a plate glass window in a bind. When it’s all sealed up, the XtremKey has a solid feel that’s hard to find outside of Apple in the consumer electronics business. A loop of braided steel cable provides a convenient place to attach it to a keychain, although the size is sure to strain pockets and catch a few janitor jokes on already-jangly keychains.

As we’ve come to expect with LaCie, the industrial design on the XtremKey is miles above Corsair’s rather cheesy, rubber-studded Survivor. Silly as it is, weight centered at the bottom of the key allows it to stand on end like a buoy, which prevents it from rolling off desks. The brushed-feeling surface, besides looking slick, also gives it better grip than polished metal, and makes it easier to hide scuffs and marks that are sure to collect on any device bearing the “rugged” label.

As a result of all its reinforcement, LaCie claims the XtremKey will resist submersion in up 333 feet of water, temperatures as low as -122 Fahrenheit and up to 392 Fahrenheit, and drops from five feet, not to mention the pressure of a 10-ton truck rolling over the top of it.

Do most people need this kind of protection? Absolutely not, but like a good insurance policy, most people won’t realize it until it’s too late. From an accidental cycle in the washing machine to getting fumbled into the street and hit by a car, we can imagine plenty of everyday scenarios that would destroy a lesser thumb drive, and the data on it.

While we didn’t push the XtremKey through every scenario possible, we did give it a few solid drops onto concrete and a long dunk in scalding water. While the water didn’t faze it, the drops did seem to loosen the USB connector within its metal shell. We’ll admit, though, that we stretched its “five feet” rating to more like seven, and the drive still functioned flawlessly, so we can hardly discredit its survivability.

Keep an eye peeled for an upcoming video where we put the XtremKey to much more trying tests.

Even if it can survive apocalypse, a USB drive doesn’t do much good if it’s so slow that it makes you late to work as you sit at home frantically waiting for your PowerPoint presentations to load. Fortunately, this particular drive doesn’t suffer from that issue.

We tested the XtremKey’s read and write capabilities by copying all 4.19GB of The Empire Strikes Back to it – then reading the same files back. It pulled the entire file system off our PC in 3 minutes, 48 seconds, and spat it back in 2 minutes, 40 seconds. That equates to average write speeds of 18.37 MB/s and read speeds of 26.19 Mb/s. While that falls a little short of LaCie’s advertised 30MB/s write times and 40MB/s read times, it still blows most of its thumb drive competitors out of the water.

LaCie also offers a complementary stash of online storage – 4GB on our 16GB drive – with Wuala. The online backup service offers more secure storage by spreading your files privately across other Wuala users, ensuring that no one location can fail and leave you high and dry. It also allows instant access from anywhere with Internet connectivity.

If we weren’t dealing with technology, we could call the XtremKey “the last thumb drive you’ll ever buy.” Ever-increasing demands for storage pretty much guarantee that won’t be the case, but we might try “the thumb drive for people who can’t afford to destroy thumb drives.” You don’t have to be an army grunt sitting out sandstorms in Iraq or a crab fisherman off the coast of Alaska to appreciate a thumb drive as tough as the XtremKey. Anyone who uses a drive to store data that can’t be replaced – like expense reports, weeks worth of thesis research and priceless photos – should get the appeal. What it lacks in portability, it makes up for in indomitable toughness, good lucks, and scorching performance. Keep in mind that you’ll pay over twice the price for the same amount of storage to have it wrapped up in Zamac and protected from the elements, and we did manage to get a wiggle out of it by exceeding its approved limits. But if you store your life digitally, consider the XtremKey cheap insurance.

This Windows 11 update could seriously boost your SSD