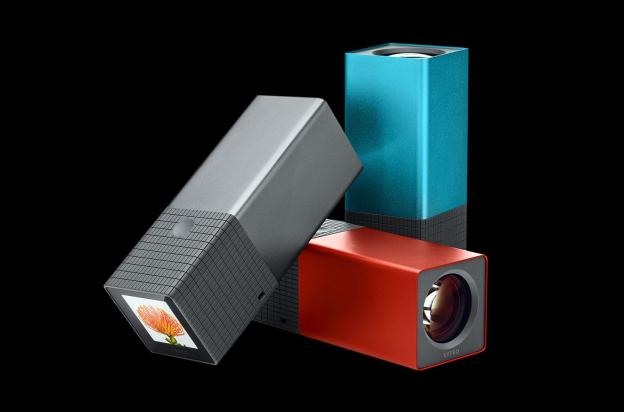 This week, Lytro gave camera owners a nice surprise by turning on a feature most of us didn’t know existed: Wi-Fi. With a companion iOS app that launched at the same time, Lytro added fun enhancements like social sharing and animated GIF to the camera’s highlight feature: the ability to refocus at any point after it’s been shot.

There’s no doubt about it: Using the Lytro is fun, once you get the hang of it.

As possibly the most groundbreaking camera technology since color, the Lytro camera has thrown everything we have learned about autofocusing out the door (we called it our 2012 camera of the year). The Lytro’s magic is that you can refocus on any part of a photo after it has been shot, letting you spend more time on composition instead of fussing with settings. Once a technology found only in labs, the Lytro is the first portable device of its kind that’s now available to consumers.

While the camera gives us a new way in how we look at images, and new features are being added, it begs the question: What else can it really do? Now that the camera is officially on sale and we’ve had the chance to look at one, we ask, “Is the Lytro a fad, or early-adopter tech that’s on the road to something truly revolutionary?”

What it is, and what it isn’t

The Lytro is a device known as a light-field, or plenoptic, camera. The science behind light-field photography is highly technical, but to put it in the simplest laymen’s terms, the Lytro camera captures all the light information in the scene through an array of tiny lenses – including the light’s direction and color – in one shot. With all this information at hand, the software is capable of achieving its killer refocusing feature. Click on the blurry background behind a clear image of a flower, for example, and magically the background comes into clarity while the flower blurs; click on the insect flying toward the flower, and the focus point changes again. Because there is no autofocusing involved, there’s no shutter delay.

So, the Lytro is relatively fast and easy to use, and images can be refocused afterward – sounds like a formula for an amazing camera, right? Unfortunately, the Lytro is not a replacement for a traditional camera. As our review indicates, image quality is average at best – comparable to a smartphone – and the refocusing effect doesn’t always work unless you put some thought into composition (see below). Plus, the physical shape of the Lytro camera can be awkward to use, not to mention the annoying zoom function and a small touchscreen LCD that’s very difficult to see and use. And, the proprietary format means you can’t view the effects using any software, so you can’t simply e-mail a Lytro-fied photo to friends (although you can pick a focus point of a Lytro photo and then export it as a 2D JPEG); to share photos with the refocusing effect, you can only upload your images to Lytro’s servers, where it has control over how they can use your images. You’re also limited to shooting square-sized photos (not a big concern for today’s Instagramming youth). For general photography, you’re better off with a traditional camera or even a smartphone.

Instead, think of the Lytro as a fun gadget (albeit an expensive one) that lets you play with photography in a new, more creative way. Lytro in no way is marketing its device as a replacement for the camera you have now, but more of an innovative tool to create artistic, dynamic images through a new form of photography. However, at $399, the steep price will keep many people at bay. If you plan to buy one, know that you’re purchasing an experience, not just hardware.

While the first-gen camera itself will cater to a small group of users, there’s great promise for light-field photography ahead. In the near future we could see the technology show up in the latest smartphones (Toshiba and Pelican Imaging are two companies with prototype micro lens arrays, with Nokia investing heavily in Pelican Imaging); it’s been purported that late Apple CEO Steve Jobs met with Lytro CEO Ren Ng to discuss incorporating the technology into an iPhone, prior to his passing. Light-field technology could also be used to capture 3D.

As for the current Lytro camera, it comes down to experience over hardware shortcomings for the user. While the experience of playing with one is exciting, it’s fleeting and makes the product a bit of a one-trick pony. The great thing about its recent firmware updates, however, is that the company can add new features along the way. But they mainly play a supporting role to the refocusing effect, and are more toys than actual hardware improvements. What we want to know is where Lytro goes from here: Does it continue to “surprise us” by updating the current product with slight enhancements, or is a major product unveiling with superior hardware on its way? If light-field photography does show up in everyday smartphones soon, where does that leave Lytro and its $399 camera? Lytro’s Director of Photography Eric Cheng has said there’s more to come, but stops short of anything tangible.

We know that light-field photography has a potential future, but how Lytro itself plans to evolve from here is the big question.

How to best use a light-field camera

So, you’re interested in getting your hands on a Lytro camera or you just got one as a gift, but you’re not exactly sure what it is that you’re suppose to do with it. The best way to use the Lytro is to think about the depth of field.

When you take a photo with a shallow depth of field using a traditional camera, such as macro photography, you get an image with a clear, isolated part of the foreground that’s in focus, while the background is blurred out. Of course, advanced photographers intentionally do this because the effect can be stunning. The Lytro is actually designed for this; in fact, the Lytro’s refocusing effect works best with an image that has some type of depth of field, what Lytro calls Living Pictures. The beauty, of course, is that you can refocus on the background or anything in between afterward.

But for casual photographers, oftentimes they want everything to be clear, or a deep depth of field. Lytro says an “all in focus” feature will arrive in a future software update, as well as the ability to tilt-shift a photo. (As of now, the new features added include perspective shifting – a 3D effect that lets you move around the photo – filters, and Wi-Fi connectivity with an iOS device.)

Once you have this concept in mind, the creativity in how you compose those shots is up to you. Portraits become livelier: You can take interesting up-close portraitures in front of a landmark without sacrificing focus of either subject. While the Lytro camera is designed to be an automatic shooter that handles shutter and exposure settings for you, or what it calls Everyday Mode, the company has added in some manual features in the latest software update that lets you set the ISO (80 to 3,200) and shutter speed (1/250 of a second to 8 seconds). The manual features not only make the Lytro function more like a traditional point-and-shoot, but it also allows you to take unique shots like long exposures.

Although you can use the Lytro in a low-light environment, the quality of the image still depends on the amount of light available. As expected, the shots we took indoors with soft lighting produced noisy images, however, the refocusing effect still worked. The Lytro camera works best outdoors, although the camera can suffer from overexposure if there’s too much light. In manual mode, you can enable the Neutral Density filter to reduce light intensity. The camera works fast, so don’t be timid about taking multiple shots.

There’s no doubt about it: Using the Lytro is fun, once you get the hang of it. But eventually, it may leave you asking the same question: what’s next?

The best webcams for 2022
Best microSD cards for 2022: top picks for your camera, tablet, or drone
The DJI Osmo Action 3 looks nothing like the Action 2
GoPro Hero 11 Black leak suggests a moderate upgrade
Nikon’s new 800mm lens for Z-mount cameras lightens the load
ReelSteady makes GoPro Player ‘reel’ useful for filmmakers
GoPro takes to the skies with the Hero10 Black Bones
How to turn off the camera sound on an iPhone
24 amazing images of our planet for Earth Day
Instagram test lets you pin particular posts to your profile
Snapchat’s pocket-sized Pixy drone takes to the skies
DJI Mini 3 Pro unboxing video drops just ahead of launch
GoPro Hero 10 Black vs DJI Action 2 vs. Insta360 One RS: Clash of the action cameras