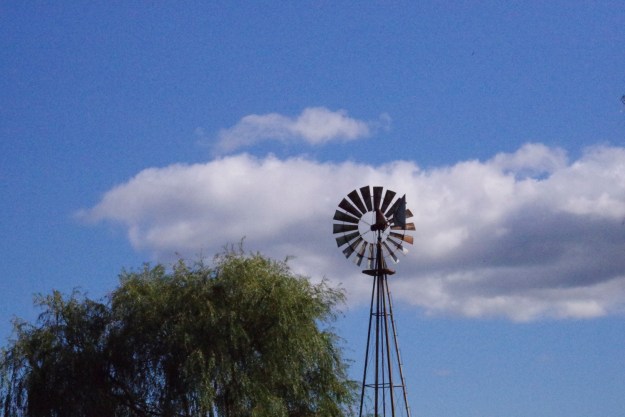 “Pixel-peeping Pentax fans are eager for the K-1 (though it already feels outdated).”

Cameras with full-frame sensors are about as good as it gets for pure photo quality—other than medium format rigs for pros. Yet even though they’re all good to some degree, or better yet great, some are better than others.

The long-awaited Pentax K-1 – the company’s first first full-frame (35mm) DSLR — bridges a gap in the Pentax lineup between the APS-C DSLR and medium-format cameras, and carries a decent pricetag: $1,949 (body only). Sure, it can capture great quality photographs, but times are changing, and modern camera makers have innovated to push the envelope. Can the K-1 stand up to the competition?

One of the key reasons this camera is creating so much interest (at least among the many Pentax fans) is a huge full-frame imaging device. All of the majors have been playing in this field for years including the 50.6MP Canon EOS 5DS R, 36MP Nikon D810, and 42MP Sony A99 Mark II. Now, at last, Pentax has entered the arena with a Sony-made 36.4MP full-frame sensor – and found its camera immediately back-ordered, due not to pent-up demand from Pentax owners but an earthquake-caused shortage of Sony image sensors.

The jam is loosening at last, and more high-end cameras from other brands featuring this chip and APS-C variations are arriving as the Sony plant gears up. That said, don’t expect any sort of discount for this one—at least not in the near future.

Beyond the chip and Prime IV processor, the Pentax K-1 is a beefy, weather-resistant DSLR that’s built like the proverbial tank. The all-black camera has a faux leather coating and a substantial grip. You should expect nothing less of a camera that weighs almost two pounds (35.6 ounces with just the battery and card). Add one of the many full-frame lenses available, such as the 28-105mm f/3.5-5.6 zoom we used for our test setup, and you’ll feel reassured there’s a well-designed, well-balanced piece of gear in your hands. The key feature on the front is the Pentax KAF2 bayonet mount, which accepts KAF3, KAF2, KAF, and KA glass. The body has built-in 5-axis image stabilization so every lens you attach is stabilized, which is a real plus.

Controls are clearly labeled for the most part, and along with a main mode dial, there’s a second with nine additional options. The optical viewfinder is a good one with a 100-percent field of view. Also on the back is a unique cross-tilt 3.2-inch LCD screen with far more flexibility than typical tilt-screen monitors. We only wish the quality was better than the stated 1,037K dots, and that it was touch-enabled. This gives an inkling of some of the ways the K-1 lags the competition.

Everything on the K-1 is nicely labeled and within easy access. Like every DSLR it offers Live View, but unlike other companies that let you switch between still and video with a lever nearby the LV button, Pentax puts it on top. This was just a bit puzzling at first, but after playing with the camera, it became rather intuitive.

The camera shows its enthusiast chops with two SD card slots on the right side. There are HDMI and USB outputs on the left, but a USB 3.0 connection would be welcome. There’s also built-in Wi-Fi but not NFC or Bluetooth connectivity, which you’ll find in competing models. Bottom line, the K-1 is just a bit behind the times.

Pentax supplies the body as well as various caps and a neck strap. The battery is rated over 750 shots, which should get you through the day with no issues. You also get a charger with AC cord and a 134-page operating manual – happy reading!

Pentax is old school beyond this, providing a CD that contains the Digital Camera Utility 5 software for handling files and converting RAW files (PEF/DNG). You’ll have to download the Image Sync app from the Google and iTunes stores to send images to your smartphone or tablet. We found the app to be acceptable, but nothing more, offering the ability to remotely control the camera and send files to your devices so you can share them with others.

Pentax supplied the K-1 body and a 28-105mm f/3.5-5.6 zoom, which offers a nice wide-angle through telephoto range. With full-frame there’s no digital factor so the focal range stamped on the lens is what you’ll get. We found it to be a good walking around kit, and we did plenty of that taking in the late fall/early winter scenery — as well as a trip to the wilds of Las Vegas.

And speaking of glass, Pentax has a dozen lenses available for the K-1 including FA, FA Limited, and D-FA. It’s not a huge selection, but most of the typical focal lengths are covered. Check the Pentax site to see if there are any limitations for the glass you own or might buy.

The Pentax K-1 is a beefy, weather-resistant DSLR that’s built like the proverbial tank.

The camera felt very comfortable during our tests, with a menu system that’s very straightforward and understandable. In other words, there’s nothing preventing you from going out and firing away. We set the resolution to the maximum for stills and videos; it’s hard to beat 36.4MP full-frame photos in a $2,000 body (7,360 × 4,912 pixels), but the video is a definite weak link with a top resolution of just 1080/60i. This at a time when many top camera makers offer 4K movies in DSLR and mirrorless bodies.

The K-1 has options galore, with a main mode dial offering 13 choices including five that are user configurable along with the usual PASM. A second function dial near the smallish LCD readout provides shortcuts to common chores: turn it to ISO and by turning a nearby dial you can make adjustments quickly. You can do this for exposure compensation, single/burst mode shooting, bracketing, HDR, adjusting the display grid, turning shake reduction on or off, changing the crop, and accessing Wi-Fi. Although there are duplicate buttons for some of these adjustments, it’s a very handy feature.

Many enthusiasts feel full-frame quality is overkill for the vast majority of photographers, and we sit in that camp as well. When you look at huge enlargements on a 27-inch monitor, however, you can readily understand why some shutterbugs want this stellar resolution. We just loved the richness and accuracy of images from the K-1. We started out shooting Pentax 35mm cameras back in the day and still have a soft spot for the company. Stills may not have the full depth of old-fashioned Kodachrome, but only the fussiest pixel peeper could squawk about them. Helping matter is a 33-point autofocus system — and 25 of them are cross-type. We had few issues quickly grabbing focus, but the system is a tad dated with DSLR competitors like Nikon offering up to 153.

The new Pentax is not a speed demon, and at 4.4 frames per second, you won’t grab speeding bullets or birds on the wing, even with the 1/ 8,000th maximum shutter speed (to be fair, we only tried with birds). We did manage to take solid shots of bike riders who weren’t burning up the roads, however. The buffer is not the best, with a max of 70 JPEGs or 17 RAW+JPEG images. Compare this to the new Sony A6500 ($1,300), which takes 100 RAW+JPEG files albeit with a smaller 24MP APS-C sensor.

We find HDR capture one of those things you love or hate. Pentax gives you four levels to choose from to match your taste. Also the K-1 has Pixel Shift Resolution to merge four images, each shifting a single pixel. It slows down the operation of the camera but it’s nice for landscapes. Again the built-in five-axis stabilization is a help. So was a nearby fence on which to rest the camera.

The K-1 has an ISO range of 100-204,800 on the high end of full-frame DSLRs, though there are some that hit 3 million. That’s ridiculous, of course, but the top spec for the Pentax is very good. More important, results are top notch. We had no problems shooting at 25,600. Combine this sensitivity with the built-in image stabilization and capturing relatively blur-free images using available light is a slam dunk. One example was shooting an ornate ceiling at Phoenix’s Wrigley Museum—it was handheld at f/3.5 and 1/13th of a second at 1,600 ISO.

As for videos, the best word we can use to describe them is uneven. We used the Program AE setting, and sometimes the focus was sharp while at other times it was a miss. Color was accurate, but there were instances of rolling shutter. We’re well aware of the autofocus limitations of DSLR videos beyond Canon’s Dual Pixel technology, as most experts recommend manual focus. This is a pain for most shooters; we suggest learning this skill if you plan to purchase the K-1.

The warranty is good for one-year against defects in material and/or workmanship.

The full-frame Pentax K-1 is a very good camera for stills, but it’s very uneven in the video department. And some of the built-in technology is behind the competition. With that on the table, it’s hard recommending this DSLR to any shutterbug other than a Pentax devotee.

Since it took Pentax so long to enter the full-frame field, expect this baby to be around for several years, with the usual firmware updates manufacturers provide.

For pixel-peeping Pentax owners, the answer is yes — but everyone else should consider alternatives first. There are some great cameras available for around $2,000. Caveat emptor!