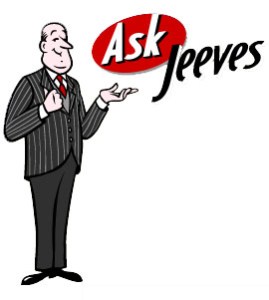 It’s an end of an era for one of the remaining search giants of the late 90’s. Ask.com

According to Bloomberg, IAC  is shutting down the search engine which is purchased in 2005 for $1.85 billion. Chairman Barry Diller has been quoted saying that, “We’ve realized in the last few years you can’t compete head on with Google.”

Ask.com was one of the major players in the late 90’s, along with other search engines that have gone by the wayside such as Lycos and AltaVista… and Yahoo. Formerly known as Ask Jeeves, it was launched in 1996 and grew thanks to its focus on natural language queries. For those kids that don’t remember, at the time keyword search was the way to get anything done on the internet, so Ask was fulfilling a new niche in search.

The company went public in 1999 and as the bubble burst, it began to hemorrhage money due a smaller and more nimble competitor: Google. The company was sold to IAC in 1995 and since then, it’s never been able to capture its former glory.

The company is now refocusing its efforts on its Q & A service. In doing so they will be consolidating engineering at its headquarters in Oakland, California. The company is laying off 130 engineers in New Jersey and China in the process.

“It’s become this huge juggernaut of a company that we really thought we could compete against by innovating,” Ask.com president Doug Leeds said in an interview with Bloomberg. “We did a great job of holding our market share but it wasn’t enough to grow the way IAC had hoped we would grow when it bought us.”

Ask will continue to offer a search bar on its site, but it will be run by one of its competitors.

Google is the number one search provider worldwide, controlling 65 percent of all U.S. searches, according to Nielsen Co. Ask.com, ranked sixth among search providers, has less than 2 percent.