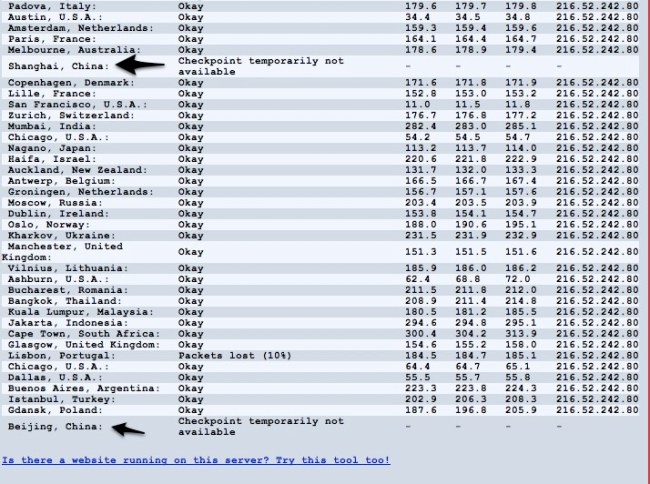 LinkedIn was shortly added to the ever-growing list of blocked sites in China. According to Bloomberg, comments posted on the site about the escalating Jasmine Revolutions were cause for the site, which was banned Thursday and accessible again on Friday. It “appear[ed] to be part of a broader effort in China going on right now, involving other sites as well,” LinkedIn spokesman Hani Durzy wrote in a statement. Durzy also revealed that it appears the service was restored on the Friday.

Last week, an account under the name of “Jasmine Z” created a discussion group revolving around the demonstrations in Tunisia and Egypt. The term Jasmine revolution is associated with the current sweeping uprisings that have been spurred by the Egyptian overthrow of its former dictator. There have already been whispers of these revolutions making their way to China, and Internet-circulated statements calling for activists to challenge the authoritarian government have been making the rounds. And this has naturally gotten the attention of the Chinese authorities, which has reportedly been keeping a closer eye and grip on its already extremely tightly surveyed Internet.

And apparently, LinkedIn is the latest victim of Chinese censorship. One of the comments from user “Jasmine Z” read, “After years of independent thinking, I am becoming a critical dissent dying for democracy, freedom and justice in my homeland.”

What’s more surprising than China blocking LinkedIn is that it restored access. Traditionally, when something makes China’s block list, it doesn’t make it off. Social media sites have been no exception to the rule, and Twitter, Facebook, YouTube, and Foursquare were all banned during times of political unrest.

While LinkedIn may be temporarily back in China’s good graces, the type of dialogue it was blocked for is bad news for Facebook. It’s becoming increasingly obvious that the social networking site is interested in breaking through China’s firewall, and evidence of these communication platforms being used to question government authority isn’t reassuring. It means that only an extremely censored and government regulated version of Facebook could be instituted in China, which doesn’t really jive with the whole “open” thing Facebook has going on.

Of course it isn’t great news for LinkedIn either. The company just filed its IPO earlier this year and losing China’s growing Internet market would be a serious hit. LinkedIn is also a way for users to access Twitter, which played a significant role in the Egyptian and Libyan protests.

Instagram is undoing its TikTok-like changes you hated so much