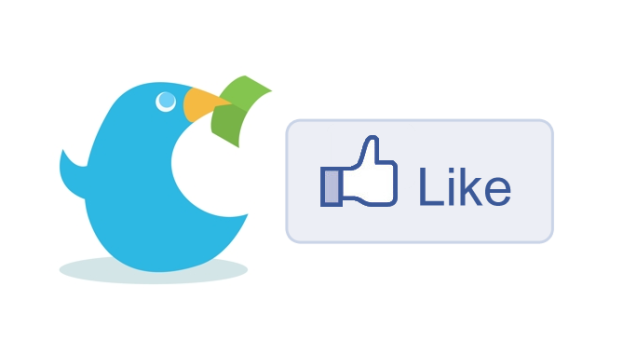 Much ado has been made lately over in-app purchases. Earlier this month, Twitter launched a partnership with American Express that essentially brought exclusive, tweet-to-buy daily deals to the platform. While the effort is certainly a limited one, it absolutely speaks to Twitter’s intentions to further evolve its ecosystem.

Of course, Twitter isn’t the only service streamlining insta-payments. Chirpify has been using the Twitter network, as well as Instagram, to offer one-push purchasing. By @ replying to brands using dedicated hashtags, users can buy physical or digital items.

Chirpify isn’t content with two-platform compatibility, however, and has officially expanded to Facebook. If you head over to the site, there’s now an option to start selling your goods with Facebook. SiliconFlorist first noticed the update; as it happens, Tim McGraw (the service has been working closely with musicians) is using Chirpify to sell his new album not only via Twitter and Instagram, but on Facebook as well.

Chirpify’s post advertising Facebook-integrated sales went up on Tuesday, and it appears that the application works just like it does over on Twitter and Instagram – save for any @ replies or hashtags. Users sign up for Chirpify and type in “Buy” and McGraw’s new album is theirs for keeps.

CEO and founder Chris Teso tells me the team has been working on Facebook integration for a couple of months, and that the implementation is anything but easy. “Each platform brings different structural technical challenges,” he says. “We’re now processing millions of conversations in real-time across all three top social platforms, with each potentially tied to thousands of commerce listings. So, not a trivial technological task.”

There’s a bit of a learning curve to being able to buy things via social networks. The very idea of signing up for something in a moment and being able to type three words and own something is still just a hair ahead of us – but it is working. Since Tuesday, a very decent amount of Facebook users have bought the album using Chirpify.

While multi-platform compatibility is necessary for any tech startup’s survival and success, this has become especially true for businesses based on Twitter’s ecosystem. After the network began restricting access to its API, there was a lot of love lost between it and developers. However, Teso says this isn’t the case – because, when it comes to Chirpify, the new law of the Twitter land doesn’t apply.

“Chirpify was never going to be dependent on any single platform,” he says. “The real value prop for businesses and individuals is to be able to list once and sell in-stream across all platforms. As for Twitter, we have a great relationship with them. They love that we keep people on Twitter to transact rather than taking people off. We’re unaffected by API limits.”

Teso says the Facebook roll out will continue over the coming weeks and new brands and artists using the feature along with it.

Edited tweets may be coming to your Twitter timeline soon
Instagram ‘Not Interested’ button could come to save your feed
How to use Twitter Analytics
Twitter says it’s fixed Monday night’s service outage
A new Snapchat feature lets parents see who their teens chat with
Yes, Twitter is down right now, and we don’t know when it’ll be back
WhatsApp adds new privacy features that everyone should start using
Snapchat is down right now. Here’s what we know
The more Instagram copies TikTok, the more I hate using it
Elon Musk hints that he could start his own social media platform
Facebook Messenger finally starts testing end-to-end encryption for all chats
What does a check mark mean on Facebook Messenger?
Twitter’s latest features are all about curbing election misinformation