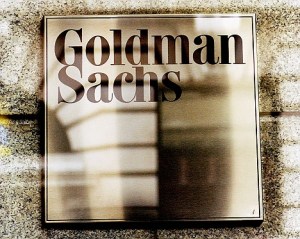 Goldman Sachs clients who lost the opportunity to invest in Facebook are not going to go quietly. Earlier this week, the investment firm announced it would rescind its offering of Facebook shares to US clients because of “intense media attention.”

The attention came in the form of the IPO technicalities. Goldman Sachs allegedly planned to worm its way through an SEC loophole in order to keep Facebook from being forced to go public, but after these rumors were made extremely public, the media scrutiny began and Goldman backtracked. Now, the enormously valuable shares will only be offered to overseas clients (there is rumored to be considerable interest from Chinese investors).

Accordingly, US Goldman clients are less than thrilled. “They pushed me hard to get here and invest, and then they pull the rug out from under me,” one Goldman client complained to The Wall Street Journal. A spokesman from the firm told the WSJ that “We completely understand that clients are disappointed, and we are sorry about that. But our view was that it would not have been prudent for Facebook or the investors to have proceeded with the offer in the US.” Clients with legal residence in other countries will also be excluded from the deal.

Facebook is also reportedly displeased with the firm’s handling of the situation. “According to people familiar with the situation,” the social network is “perturbed” by Goldman’s blocking US clients, but will stick with the company regardless. After helping it raise its valuation to $50 billion, the firm is still the frontrunner to lead Facebook when it goes public. Some speculated that the fiasco had cost Goldman the Facebook IPO, but the WSJ just thinks it could give Zuckerberg and Co. some negotiating power for lower investment-banking fees when the time comes.

Until Facebook does go public and international sales of its shares begin, here’s a look at who owns the company from LearnVest. Get ready to see “Goldman Sachs’ Clients” to takeover more of the pie in the near future.

Topics
Facebook apologizes to ad clients for exaggerating video viewing times
President Obama will talk tech with Mark Zuckerberg on Facebook Live
Marc Andreessen just dumped a whole lot of Facebook stock — should anyone be worried?
Facebook Lite invites the next billion users in Asia, Africa, Europe, and elsewhere to join in
What is Twitter Blue and is it worth it?
Twitter closes offices as ‘work pledge’ deadline passes
What is Ambient Mode on YouTube?
What is BeReal?
How to delete a BeReal post
How to use TikTok’s voice changer
Twitter attempts to sort out verification system with new badges
Hive Social is my favorite Twitter alternative, but that’s not saying much
Elon Musk meets Apple’s Tim Cook to settle dispute