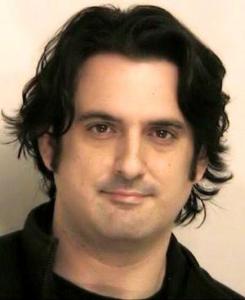 What seemed to be a highly dubious lawsuit filed by upstate New York man Paul Ceglia in 2010, which claims that he owns at least 50 percent of Facebook, may not be so dubious, after all.

In a revised complaint filed wit the US District Court in Buffalo, NY, on Monday, Ceglia has produced more than a dozen of what he claims are emails from Facebook co-founder and CEO Mark Zuckerberg, in which Zuckerberg agrees to give Ceglia at least half of what would become the ubiquitous social network, Business Insider reports.

In the lawsuit filed last July, Ceglia claims that in 2003 Zuckerberg signed a contract that gave Ceglia 50 percent of a project he says Zuckerberg called “the face book” up front, plus 1 percent for every day past January 1, 2004, that the project went unfinished. In exchange, Ceglia would provide initial funding for “the face book,” as well as a project called “StreetFax.” Ceglia also produced a canceled check for $1,000 as evidence of his claims.

Facebook initially dismissed the Ceglia suit as “likely” a fabrication, especially after it came to light that Ceglia had been convicted of four counts of grand larceny for failing to fulfill $200,000 worth of pre-orders made with a wood pellet company he owned. (Ceglia maintains that his company did not steal the money — they were just slow to deliver the goods.)

Now, Ceglia has submitted a cache of potentially damning emails as evidence in his lawsuit. If the emails are valid, Facebook may have to pay Ceglia hundreds of millions, or even billions, of dollars.

The emails show a variety of back-and-forths between Ceglia and Zuckerberg, which discuss the design, development and business plans (among other details) about what would become Facebook. (View the full emails here.)

At one point, after Zuckerberg fails to deliver “the face book” site before the January 1, 2004, due date, Ceglia threatens to “contact [Harvard] and perhaps your parents in Dobbs Ferry and let them know whats (sic) been going on.” Zuckerberg responds by calling Ceglia’s threat “unprofessional” and laughable.

In another email, dated July 22, 2004, Zuckerberg offers to pay Ceglia back the $2,000 he had invested, and attempts to repair their relationship. In fact, Zuckerberg had already received funding for Facebook at this time, and no longer needed investment from Ceglia. Although unaware of the substantial investment Facebook had received, Ceglia says he refused repayment, and is still owed the 50 percent granted to him in his initial business contract with Zuckerberg.

Facebook has already responded to Ceglia’s email-backed complaint by calling Ceglia a “scam artist” and a “convicted felon.” The company also says that it is “confident in [its] assessment” that the Ceglia allegations are unfounded.

Forensic analysis of neither Ceglia’s nor Zuckerberg’s computers from the time the alleged emails were sent, which would prove the authenticity of the correspondence, have yet been released to the public.

Getty claims man stole as many as 3,400 of its images, resold them on Facebook
Facebook sues the law firms that backed a fraudulent ownership claim against it
Surprise! The man who claims to own Facebook can’t seem to keep a lawyer
Facebook finds digital proof that Paul Ceglia is committing fraud
Elon Musk hints that he could start his own social media platform
Facebook Messenger finally starts testing end-to-end encryption for all chats
What does a check mark mean on Facebook Messenger?
Twitter’s latest features are all about curbing election misinformation
Snapchat Plus subscribers are getting these four new features today
You can (sort of) generate art like Dall-E with TikTok’s latest filter
You can now use the Add Yours sticker on Reels for Facebook and Instagram
TikTok bans influencers from creating paid political ads
The 10 most popular TikTok accounts