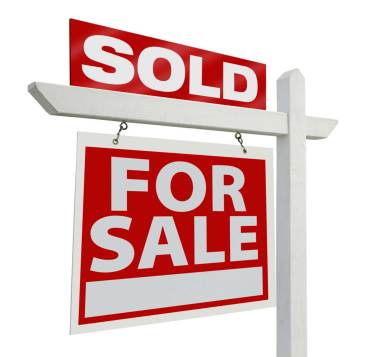 A lot can happen in six years. Back in 2005, MySpace was king. The social network was crushing competitors like Friendster while Facebook was still in its infancy. The sky seemed to be the limit, and News Corp. was quick to take notice. In July of 2005 the media giant purchased MySpace for $580 million, and by August of 2006, the 100 millionth MySpace account was created.

But then things began to go wrong. The once dominant social network began to lose users by the droves. The reasons are many, but the result was that by April of 2008, Facebook had passed MySpace in traffic, and the company has been in decline ever since. News Corp. tried several times to reinvent and reinvigorate the property, but the downward spiral continued. Now after months of offers and several potential suitors, AllThingsD is reporting that a deal has been completed for the sale of MySpace, and all that remains are the signatures.

News Corp. new it would take a loss on MySpace, and it rushed to sell the property before the end of the fiscal year on Thursday. The original asking price was said to be in the neighborhood of $100 million, but according to the report, News Corp. has accepted the offer from Specific Advertising for $35 million with the provision that News Corp. will retain a small stake in the company of less than 5-percent.

Specific Advertising was a late entrant into the bidding, emerging as the front runner just yesterday. Founded in 1999, Specific Advertising helps advertisers to buy digital ads online, through mobile devices and on TV. The company also collects user data and information to help create targeted ads. As of May, Specific now reaches roughly 79-percent of U.S. internet users.

The sale will give Specific access to the 30 million or so MySpace users’ data to use for targeted advertisements, as well as giving the company a media platform of its own from which to sell ads. It isn’t clear what happens next for MySpace, but it will begin with a housecleaning, and more than half of the current 400 MySpace employees will be out, including current CEO Mike Jones and the executive staff, who will remain in an interim role briefly.

What is a Facebook Pixel? Meta’s tracking tool, explained
Meta found over 400 mobile apps ‘designed to steal’ Facebook logins
When is the best time to post on Facebook?
TikTok is banning campaign fundraising on its app
Elon Musk reveals date for Twitter Blue relaunch
What is Twitter Blue and is it worth it?
Twitter closes offices as ‘work pledge’ deadline passes
What is Ambient Mode on YouTube?
What is BeReal?
How to delete a BeReal post
How to use TikTok’s voice changer
Twitter attempts to sort out verification system with new badges
Hive Social is my favorite Twitter alternative, but that’s not saying much