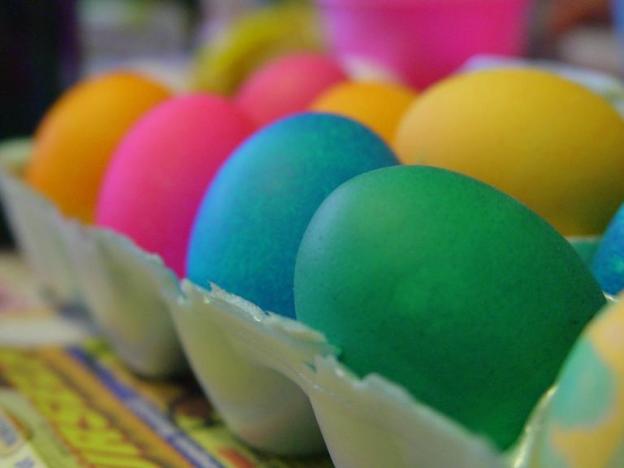 Have you heard of the term “Easter Eggs?” I’m not talking about the hardboiled, dipped-in-food-coloring Sunday morning Catholic treats. I’m talking about hidden features programmers slip into software to the delight of their fans – or little gifts TV and movie makers insert into their programs to make their fans’ delight.

Most social networks, apps, and websites have hidden or lesser-known tricks you can use to impress your friends. Here are some of the coolest and weirdest.

Sick of Facebook Chat emoticons? Replace them with faces

Facebook Chat gives you a range of emoticons to spice up your conversation, but many people don’t realize that there are a lot more emoticons than they show in the box. There are a wide array of codes you can use to get secret emoticons. Some of them make sense – there’s a shark and a robot, both of which are clearly cool. There’s Chris Putnam, the face of a Facebook engineer, which is much more random, and which you can make by entering :putnam: into the chat box. There are at least 96 secret emoticons, some that you can make by putting code in colons. :^^^: turns into the shark, for example. Others you make by putting code in double brackets, so [[329136063797494]] turns into this cigarette. And that’s just the beginning. There’s code for pizza. Pikachu. Sponge Bob Square Pants. Google Chrome. YouTube.

And beyond the secret emoticons you can make with code, you can put put a personal touch on emoticons in Facebook chat using a very simple method. If there’s a person, a brand, or a page you want to mention, simply go to their profile and highlight the personalized part of the URL. For instance, if you wanted to mention me, you’d go to my profile and highlight the last part of my name. Then you enter it into the chat box, surround by double brackets on either side – like this [[kate.knibbs]]. My profile picture will pop up.

The coolest thing about this is you can do it for any page. So if you want to insert an adorable puppy into your chat box, just search for puppies and then copy the customized ID in brackets and viola. I made a little pictogram celebrating my friend’s love of dogs in seconds. It’s like customizable emojis for Facebook chat.

The only downside of these crazy emoticons is how small they are. But don’t worry. There are also gigantic pictures you can insert into your chats to freak your friends out. And you can put them in using the same method you did with the little bracketed codes – there are codes you can copy and paste into Facebook chat that produce big pictures of all sorts of weird stuff, from bouquets of roses to images of Bart Simpson pulling his pants down to a massive bottle of Jack Daniels. There’s cheesy sayings galore and remarkably detailed sketches of Bob Marley.

Here’s an example of how a big emoticon appears in messages. Warning: stale pop culture reference comin’ atcha in the form of Psy.

Buzzfeed discovered a few secret Snapchat filters, so if you send snaps to your friends, you can impress them by doing things like turning your snaps sepia or writing in an unusual color. To access black and white, which aren’t on the normal color palette, you touch the color rainbow and then drag your finger to the bottom left and top left corners, respectively. If you just touch the rainbow and drag left, you see a wider array of color options, so you have more choices when you’re drawing on your snaps.

And then you can add some filters on your snaps by typing certain requests in to the text box. If you want to turn it black and white, for example, just type “B&w…” into the box. You can repeat the process to turn your picture into a negative with “Negative…” and on Android you can access sepia toned pictures. There’s a whole tutorial on YouTube by Snapchat genius Manish Khimji.

Instagram lets you share your photos on a variety of social networks, but right now, it looks like Google+ didn’t make the cut. And while Google+ isn’t as popular as other networks, when someone searches your name, your Google+ profile is one of the first things that pops up – so if you want to show your pictures off, it’s a good idea to get them up on Google’s social network. But how, you ask? It’s not a hard trick.

First you need to connect your Instagram account to Dropbox, which you can do using a service called Instadrop – we is extremely easy to use. Once you’re set up there, all of your Instagram photos will show up on Dropbox in a folder. Then you connect the Dropbox folder of Instagram pictures to Picasa, Google’s desktop photo editing tool. You’re almost there. Then you go to the “Tools” under “Folder Manager” on the menu, and you set your Instagram photo folder to “Scan always.” This will automatically upload all your new Instagram shots to Google+.

If you’re on the hunt for specific posts on Tumblr, sometimes scrolling up and down can be annoying. Which is probably why Tumblr made some handy keyboard shortcuts. Pressing “J” lets you skip exactly one post, while pressing “K” will move you back up one post. If you want to see the notes on a blog, press “N” and if you want to like a post, press “L.”

That’s not all Tumblr has to offer. Many users don’t know that the blogging service has a Tips page that lets you in on a number of nifty features. Example: you can create Tumblr posts directly through email. Tumblr explains how to do it:

You can also call in an audio post by leaving a message at a certain number, and you can make any of your posts into an open question for the Tumblr community simply by ending them in question marks.

You can’t be on your A game all the time. And sometimes you end up sending messages that, in retrospect, are … kind of silly (see giant picture of Psy above) or maybe horrible (drunk Facebooking anyone?). In most cases you’re stuck, but if you send someone a message on Skype and they haven’t seen it yet, don’t lose hope. You can easily delete messages you’ve sent within an hour. Now, the person you’re talking to will see that you removed a message, but you can probably come up with an excuse that’s less humiliating than whatever it is you wrote.

Topics
How to use Twitter Advanced Search
What do the eyes mean on your Snapchat Story?
How to create multiple profiles for your Facebook account
Reels are about to show up in yet another Facebook feature
Elon Musk officially owns Twitter now: a timeline of how we got here
Twitter to start charging for verification mark, reports say
Having trouble accessing your Instagram account? You’re not alone
Elon Musk considers bringing Vine back from the dead
Staying on Twitter? Here are two ways to make it easier
Elon Musk now Twitter CEO after firing entire board
Twitter Blue is losing Ad Free Articles and Musk’s latest tweets indicate further changes
Clear Mode on TikTok: Here’s what it is and how to use it
Twitter’s edit button could soon be free for all users