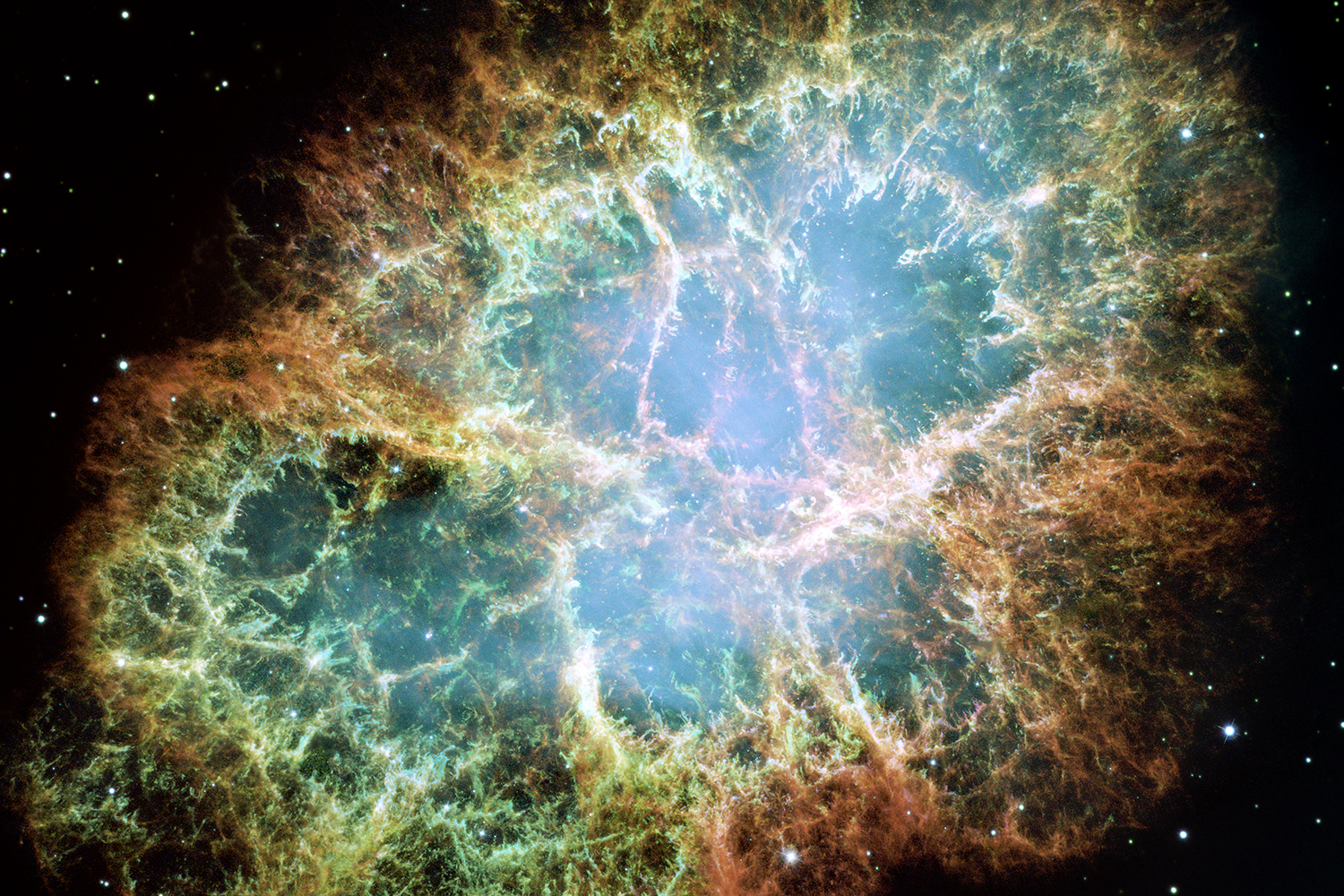 Many millions of years ago, time and gravity colluded to kill a star.

Its core collapsed within seconds, fused heavy metals, and hurled them into outer space in a cataclysmic blast. A supergiant — reduced to a cloud of dust and gas.

The crime went unreported for eons. Then, about 2.6 million years ago, evidence began to land on Earth. Heavy atoms ejected from the supernova broke through the planet’s atmosphere and settled on its surface as isotopes.

Now, scientists say they’ve uncovered clues to the crime. But something seems suspicious. Soon after the aftermath arrived on Earth, our planet fell into a major ice age — leading many investigators to see the supernova as both victim and accomplice.

Astrophysicist Shawn Bishop has been searching for signs for years. In 1999, his future colleagues at the Technical University of Munich (TUM) discovered an exotic isotope known as iron-60 in the Earth’s crust. It wasn’t expected to be there. Iron-60 is rare on Earth and any of it leftover from the planet’s birth has long since dissipated. This isotope must have extraterrestrial origins, and scientists suspect a supernova may have been the cause.

But the iron-60 signals the researchers originally found were few and far between. The scientists needed more evidence and a better way to detect it.

He stumbled upon a strange and ancient organism that would lead him toward the elusive isotope and, from there, the supernova.

Bishop joined the squad when he arrived at TUM in 2008. One day while searching for clues, he had a flashback to a NASA scientist’s presentation, which pointed out that nano-sized crystals left behind by bacteria could offer fossilized evidence of cosmic events. “So I began to ‘read the literature,'” Bishop tells Digital Trends.

Soon, he stumbled upon a strange and ancient organism that would lead him toward the elusive isotope and, from there, the supernova.

The clue came in the form of microscopic fossils left behind by magnetotactic bacteria. At some point in their evolution, these oceanic organisms acquired iron-derived chains of magnetic crystals that allow them to travel along magnetic field lines in search of more suitable environments. They absorb small amounts of “rust dust” on the ocean floor — so Bishop thought they may have gobbled up the ashes of supernovae as well.

If this were true, the crystals would have fossilized after the bacteria died, and would now contain detectable traces of iron-60.

So, Bishop set out to study ocean sediment samples in search of magnetofossils. He and a colleague, Ramon Egli, developed a new chemical extraction technique, which allowed them to leach sediment with magnetic detection, advancing the work of his colleagues from two decades earlier.

After a painstaking investigation, Bishop and his colleagues found what they were looking for: magnetofossils and iron-60 atoms in a handful of sediment samples.

“The microfossils are the crystal chains of magnetite, which the bacteria made when they were alive,” Bishop says, “and which remain behind in the sediment for crazy people like me to discover two million years later.”

However, the seven samples they discovered were hardly enough to make a detection claim.

They were, however, enough to intrigue Anton Wallner of The Australian National University, who organized his own team to conduct similar studies and also identified iron-60 in seabed sediment. In joint papers published in the journal Nature, Wallner and his team detailed evidence of a series of supernovae, the nearest of which may been been just 326 light years from Earth.

Bishop and his team followed up with a confirmation study this year, published in Proceedings of the National Academy of Science, in which they expanded the candidate samples from seven to more than 80. “But it took time to do this,” he says, “and experimental care” because the detection of iron-60 has to be so precise.

“Could it have had an influence on the climate, causing it to cool?” he asks. “And then, did the cooling cause that extinction?” Perhaps the supernova itself caused the extinction by killing off phytoplankton with cosmic rays. Or was it both of these combined? Or neither?

In the subsequent investigation, Bishop hopes to see researchers from across the sciences get on the case. Theoretical physicists, for example, could help develop realistic models to determine the effects of such an event on Earth’s biosphere. Paleontologists, paleobiologists, and geologists could scan fossil records in search of other “smoking guns.”

“I hope our results will trigger clever scientists in those fields to brainstorm ideas to find additional circumstantial evidence on our planet that could point in the direction of causation, rather than mere coincidence,” he adds.

“Until then, all we can say is that there is this astronomical — pun intended — coincidence of the supernova event arriving on Earth with the climate change and extinction event. But coincidence is not scientific proof of cause.”

Topics
Enjoy these amazing space images by NASA’s oldest active astronaut
Watch SpaceX footage of Falcon Heavy from launch to landing
This must be the most beautiful image ever of a rocket launch
Still no joy for Lucy’s stuck solar array, NASA is giving up for now
Light pollution is cutting off views of the night sky for many
First spacewalk of the year sees astronauts dealing with a sticky foothold
Browse through 3B celestial objects in Milky Way survey
Mars helicopter Ingenuity marks 40 flights and is still going strong
How to watch the conjunction of Venus and Saturn online today
There’s an asteroid surprise in this week’s Hubble image
30-year-old mission to study the magnetosphere comes to a close
Juice spacecraft heading to spaceport ahead of mission to study Jupiter’s moons
Satellite images of penguin poop lead scientists to ‘exciting discovery’