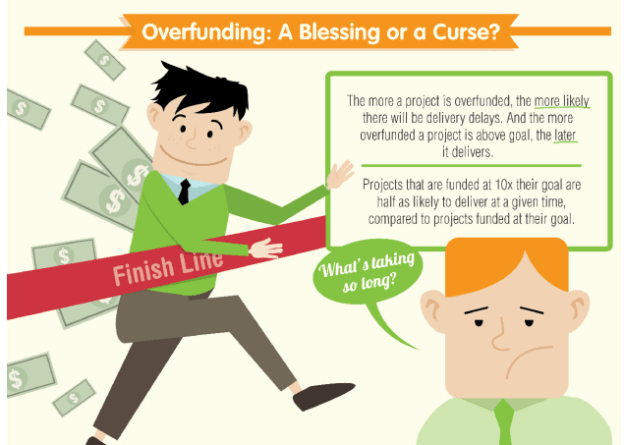 Much ado has been made about the lack of light shed on Kickstarter’s failed projects. Pushing its popular and funding-friendly content front and center and hiding all those unfunded ones in the back has become a controversy and caused us to question the ethics and true success of the crowdfunding platform.

AppsBlogger was part of the revelation that Kickstarter was hiding these projects and by scraping data between May 3, 2009 and June 2, 2012 and found that 56 percent of pitches were unsuccessful. But the statistics were questioned, specifically by Professor Ethan Mollick of The Wharton School of the University of Pennsylvania, and so he joined forces with AppsBlogger and they’ve come up with some more detailed information about the plight of Kickstarter users.

The new Kickstarter study also found that successfully funded projects meet their goals by small margins, and those that aren’t funded tend to lose out by large margins. The most successful items have been hardware, software, gaming, or product design-oriented, with the exception of newly crowned Web celebrity Amanda Palmer’s music project.

And while it might seem obvious, the report also points out the power of your Internet social circle. Having a wide net of Facebook friends and Twitter followers – especially those that care about what you’re hypothetically launching – will directly affect your odds of success. Also important to point out is that Kickstarter is not best used as a launching point; you shouldn’t throw your first idea up on Kickstarter and figure you’ve got nothing to lose. Only after laying some initial groundwork and making sure you have a network of people ready to jump in on this thing should you hit the site.

Again, much of this seems like the common sense warnings written all over Kickstarter that more or less amount to “it’s not a sure thing.” But crowdfunding isn’t going away anytime soon, and the more we evolve it the better. Check out an infographic of all the new data below.