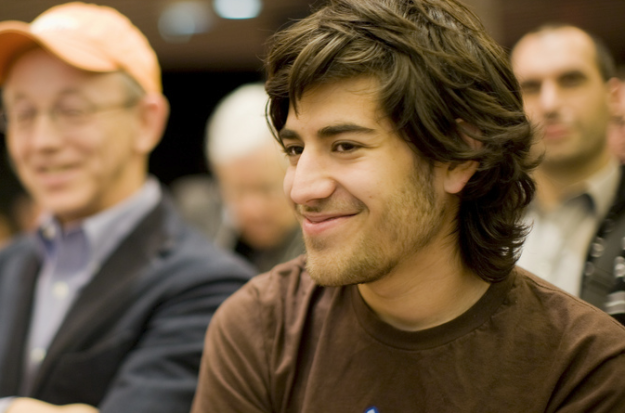 Aaron Swartz, a 24-year old software developer and writer well-known for his Internet political activism, is being indicted on charges of wire fraud, computer fraud, criminal forfeiture and unlawfully obtaining information from (as well as damaging) a protected computer. The young man supposedly used MIT’s computer networks to steal over 4 million documents from the online academic library JSTOR. He surrendered and pled not guilty on all accounts.

The New York Times reports that Swartz broke into a restricted computer wiring closet at MIT, accessed the institute’s network without authorization using a switch in the closet and then connected to JSTOR to download a major portion of the online library’s archive to his computers and hard drives. JSTOR apparently doesn’t allow downloading using automated programs, downloading all the articles from any particular issue of a journal or using the articles for anything other than personal use. Also, MIT gets the use of these articles by paying a fee.

The actions of Aaron Swartz carried on from September 2010 to January 2011. During that time JSTOR blocked many of Swartz’ IP addresses and eventually blocked all MIT IP addresses for three days in order to stem the flow of data the online activist was downloading.

The indictment happened last Thursday by US Attorney Carmen M. Ortiz, though it was unsealed earlier this week. If the charges stick, Swartz could be looking at 35 years in prison and a hefty $1 million fine. There’s no clue as to Swartz motive, but the NY Times points out that in 2009 the man downloaded 19 million pages of federal documents from a government database because he believed the information should be freely available.

Swartz has been involved in many programming projects and is the founder of Infogami which later merged with Reddit. He is an active blogger and activist and currently is the co-founder of the nonprofit group Demand Progress. In response to the indictment, Demand Progress wrote on their page that Mr. Swartz was “being charged with allegedly downloading too many scholarly journal articles from the Web.”