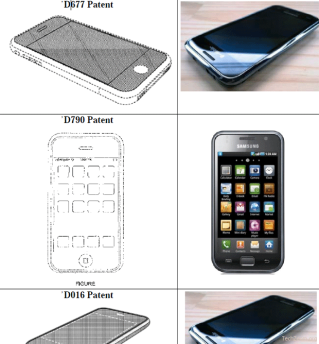 In the midst of a variety of high-stakes legal battles, Apple’s top patent lawyer has plans to leave the company within the next month, reports Reuters. Richard “Chip” Lutton Jr. has been in charge of managing Apple’s iPhone and iPad patent portfolios.

Reuters says that it is currently “unclear” why Lutton plans to leave the company. He will reportedly be replaced by BJ Watrous, who is a former deputy general counsel to Hewlett Packard. Watrous’ LinkedIn profile currently lists Apple as his employer.

None of the parties involved have yet responded publicly to the report.

Apple is, or has been recently, embroiled in a number of patent lawsuits around the world, of which Lutton has played a key role. Until this week, the most high-profile legal battle has been between Samsung and Apple over iPad and iPhone design. This fight is still very much ongoing.

Today, however, Apple filed a fresh complaint against handset maker HTC (on top of the other three previously filed complaints) over five instances of alleged intellectual property infringement concerning the technology used in the iPad and iPhone.

HTC’s legal counsel Grace Lei shot back at Apple today, saying that “HTC is disappointed at Apple’s constant attempts at litigations instead of competing fairly in the market.”

“HTC strongly denies all infringement claims raised by Apple in the past and present and reiterates our determination and commitment to protect our intellectual property rights,” she added.

Early this month, Samsung dropped one of its countersuits against Apple. But according to intellectual property rights advocate Florian Mueller, Samsung is has asked the US District Court for Northern District of California to “to disqualify at least some or potentially even all of Apple’s outside lawyers from the case, citing concerns over a conflict of interest and the treatment of privileged and confidential information gathered in the past.”

This is because at least five of the lawyers representing Apple, from law firm Bridges & Mavrakakis, represented Samsung in the past. Mueller, who has been closely following Apple’s patent disputes for some time, stipulates that he has “no reason to assume that there’s any wrongdoing by Apple’s outside attorneys.”

WWDC 2020 keynote: iOS 14, Macs with iPad chips, and everything else announced
All the new Safari features in iPadOS 13 that you need to know about
Apple ordered to pay $85 million to WiLan in patent-infringement case
AirPods, iPhones, and Apple Watches could jump in price due to the trade war
Twitter finally enables tabbed option to toggle between home and latest tweets
Boeing gets permission for Starlink-like internet-from-space project
Robinhood reports data breach affecting 7 million customers
Twitter Spaces is now accessible to people without accounts
How to unsend an email in Gmail if you accidentally sent it
Twitter just fixed one of its most annoying problems
These Chrome extensions will put cash-saving coupons right in your browser
Twitter taps big retailer for launch of new livestream shopping feature
SpaceX apologizes to customers for Starlink shipping delays