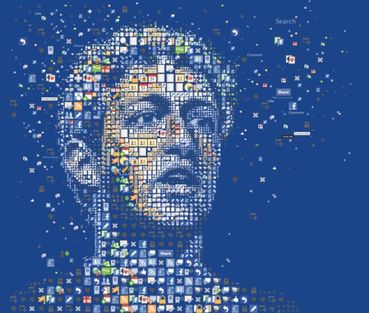 Environmental activists were unable to post on Facebook pages support their cause this weekend, and initially thought the site was blocking this content. But the social network has spoken up, saying the blocked material wasn’t the result of manual blocking, but of its anti-spam algorithm.

The filter is designed to keep noise off of Facebook, but apparently interpreted the activists’ comments as such. Facebook spokesperson Andrew Noyes told the Associated Press this was unintentional. “Facebook is not – and has never been – in the business of disabling accounts or removing content simply because people are discussing controversial tropics. On the contrary, we want Facebook to be a place where people can openly express their views and opinions, even if others don’t agree with them.”

Facebook assures users that the error will be corrected, but stopped short of giving details on the algorithm, in case spammers could use the information to thwart the system.

While this particular incidence can be blamed on a technical malfunction, it might be a hint of things to come. Among other social networking sites, Facebook has become a platform for chance and a podium for activists, and that doesn’t necessarily bode well for the company. While it serves as a popular outlet for those trying to communicate their message or stir social change, that means it’s making enemies at the same time.

While the Facebook Revolutions were sweeping through the Middle East and Asia, we heard that Facebook was in continued talks with China about the possibility of launching its network there. Of course, it was to be a heavily censored version. But any agreement was slowed down by the ongoing use of Facebook as a platform for social protest and as a portal for organizing demonstrations. Around this time, a lobbyist for the company said that perhaps Facebook might be giving “too much free speech” to countries that were ill-prepared for it.

Clearly, Facebook is trying to toe the line between embracing free speech and providing a home for it, while also staying on the good side of those who could make the site more used (and thus, more valuable) than it already is. Which is why the sudden censorship activists were subject to is worth a pause. Is it possible that Facebook’s anti-spam algorithm might also be programmed to quiet particularly volatile statements from activists?

It’s nothing more than a theory, and maybe we’re simply on the paranoid side, given the current state of social media and activism. We’ve witnessed more than a few platforms willing to compromise with authorities to turn in or thwart users – some of which is understandable, and some of which is not. But we’re going to stop short of definitively pointing any fingers, and just say that these are the types of questions we need to start asking.

If anything, it’s just important to realize that these things are changing, and that Facebook might not be as friendly a home for activists as it used to be. Or, at the very least, we should consider that it might only be able to serve as a forum for open and unlimited communication in some parts of the world. By its own reasoning, some civilizations might not be prepared for as much free speech as others. But this only illustrates how social media is being questioned everywhere, including in the Western world. Limiting social networking sites seemed like something that would be out of the question – but it’s being considered. So a spam filter that might cut more inciting statements from activists doesn’t necessarily seem that preposterous.

Topics
Human moderators can’t stop online hate speech alone. We need bots to help
Facebook’s Shops give small businesses an Etsy-like place to sell goods online
Facebook usage is soaring due to coronavirus lockdowns
You’re probably seeing more social media propaganda, but don’t blame the bots
How to save a webpage as a PDF
How to download music from YouTube
How to find archived emails in Gmail and return them to your inbox
How to sync your Outlook Calendar with your Google Calendar
How to block an email address in Gmail
How to easily log in to multiple Gmail accounts at once
How to change your Yahoo password
How to download Vimeo videos to your PC and phone
Kaspersky VPN should be your go-to for secure connections and privacy