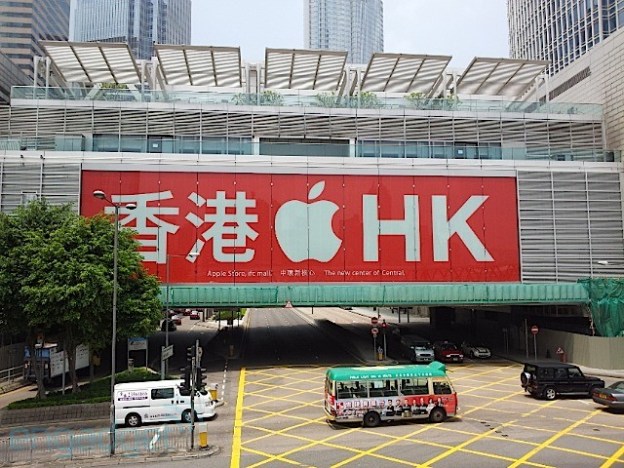 There’s been talk of it for a while now, but it seems that it’s going to finally happen – Hong Kong is about to get its first (official) Apple Store.

According to Apple Insider (via Engadget Chinese), the store will open inside the International Finance Centre (IFC) in Central District on Hong Kong Island on September 24.

It’s thought that more than 300 people will be employed at the store, which expects to see around 40,000 shoppers coming through its doors every day – apparently more than four times that of your average US Apple Store.

The IFC store will be the latest in a long list of recent openings as the Cupertino company seeks to expand its successful retail empire. Apple first appeared on the retail scene in 2001 and since then more than 300 stores have opened around the world, in a total of 11 countries.

China’s four existing Apple Stores, two in the capital Beijing and two in Shanghai, are proving popular with consumers, though the company has said it believes it is just “scratching the surface” with the Chinese market.

It was recently revealed that Apple’s retail empire had generated $3.5 billion in revenue and $828 million in profit during the second calendar quarter. In that time, over 70 million people visited the stores.

Apple closes all of its stores outside China due to coronavirus

Bose to close all of its U.S. retail stores in pivot to online shopping

Save $85 on the Alienware S5000 gaming chair today