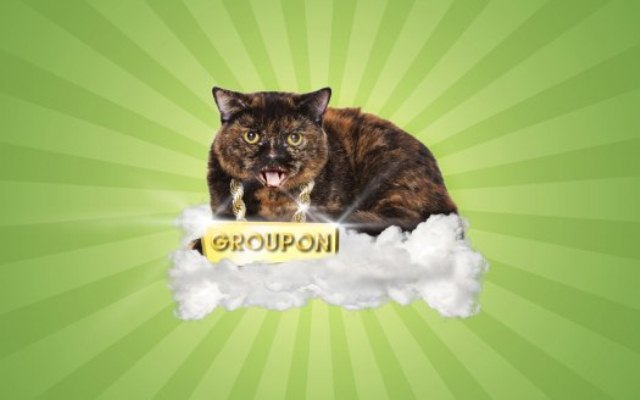 Since filing its S-1 form earlier this summer, you could say that Groupon has been somewhat scrutinized. Its accounting metrics inspired rampant skepticism and CEO Andrew Mason is making a reputation for himself as something of a lovable-yet-loose canon.

There’s also the fact that Groupon’s business model has been called into question nearly since the company’s launch. While users were fanatically jumping on board with the collective buying scheme, business owners began to notice Groupon had its drawbacks. And as the site has grown, so has vendor criticism. The fact of the matter is agreeing to sell your product for half of its original price and guaranteeing that any customer with a Groupon will get the good for the marked down value isn’t a catch-all, and plenty of businesses suffered.

Despite the well-publicized drawbacks, the clones came. While there is household name Groupon rival LivingSocial, there is a veritable sea of wannabes: Tippr, Zozi, Town Hog, BuyWithMe, Travelzoo, MarkDown, Google Offers… the list goes on. And when a notable name drops a new deal-a-day site, there are whispers about whether it has an advantage over Groupon. Two stand out from the crowd: Facebook Deals and Google Offers. With their social graphs and Internet domination, both platforms seemed perfectly positioned at least make Groupon nervous.

But the market wariness, controversial quiet period, finger-pointing, and over-saturated market haven’t been enough to let a new rival take Groupon down a notch. This week, Facebook Deals shut its doors, and it isn’t the only site to be experiencing a lack of interest. Bloomberg reports that Yelp is cutting its deals salesforce team in half and moving focus elsewhere. Deals won’t disappear from the site entirely, but it’s certainly not inspiring.

“Rather than offer more and more deals of inherently declining quality to more and more folks over time, we want to make sure we’re only providing good, quality opportunities,” VP of corporate communications Vince Sollitto says. “While we think the deals business is a good one, it has never been a core focus of our offering.”

Facebook had a similar reason behind its Deals shut down. “After testing Deals for four months, we’ve decided to end our Deals product in the coming weeks. We think there is a lot of power in a social approach to driving people into local business. We remain committed to building products to help local businesses connect with people, like Ads, Pages, Sponsored Stories, and Check-in Deals,” a spokesperson told us.

The fact that Facebook and Yelp are hampering their deal-a-day efforts is good news for Groupon—and not because it means this market space is a little less crowded. Both companies seems well-position to give this business model a go, Facebook with its infinite user base, social presence, and business pages, and Yelp with its intense focus and relationships with local business.

Daily deals researcher and associate professor at Rice University Utpal Dholakia thinks Groupon’s veteran status works in its favor. “I think Groupon has an incumbent’s advantage on both sides of the transaction. On the consumer side, it has significantly higher awareness and usage rates among consumers in virtually all markets it operates in when compared to its competitors,” he says. “On the merchant side, merchants are much more comfortable with it and know what to expect based on their own previous experiences and those of others in the market. In line with this, I have heard from multiple other Groupon clones that they are having difficulty recruiting merchants to run offers on their sites. I expect this trend only to continue.”

It’s starting to look as if—despite the rabid jumping-on-board—a daily deals scheme isn’t something anyone can do. Everyone is certainly trying, from Amazon to the New York Times, and thus far the only site that can challenge Groupon appears to be LivingSocial. So this unproven business model that has gotten Groupon loads of flak might actually be something few can make work, and even fewer can make profitable.

Yipit co-founder James Moran thinks it’s too early to tell. Yipit tracks the industry, and Moran says it aggregates more than 30,000 offers per month. “I wouldn’t say Groupon’s competition is falling off. Most of the closures are smaller sites who have realized that scaling these businesses into huge companies is harder than they think.” He says that the real challengers are experiencing more and more success, and it’s eating at Groupon’s profits. “Groupon and LivingSocial’s market share was north of 90-percent in major US markets a year ago… [now] their combined share is down to 70-percent. Much of the fragmentation is being driven by gains by up-and-comers like Travelzoo, Bloomspot, Gilt City, and BuyWithMe.”

It would be premature to say it’s all smooth sailing from here for Groupon, and what it likely has to worry about most is that smaller clones will eat at its numbers–that and speculation we may be witnessing the beginning of the end of the daily deals era. But if it can continue to thwart efforts like we saw this week, it could somewhat shed its reputation as an investment risk.

PayPal to move into daily deals, threat to Groupon

Daily deal predictions for 2012: Who’s in, who’s out, and what discounts to expect