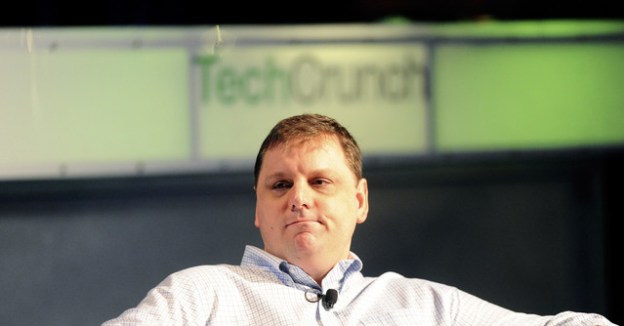 Love him or hate him (and odds are you fall somewhere in between), TechCrunch founder and co-editor Michael Arrington is an important and very, very loud voice in the world of tech media. He’s counted among the Internet’s most elite and no matter how self-righteous he can be, Arrington is nothing if not influential.

And the man just can’t avoid controversy and has had to defend his position as both an investor in and writer about Silicon Valley startups. Arrington is a successful venture capitalist with a wealth of experience and industry insight behind him, but he stopped investing in 2009 when cries of conflicts of interest began to heat up. Given his position at TechCrunch, it’s difficult to argue that readers wouldn’t at least wonder if the site’s writing was motivated by his personal financial investments.

Then, this year, he announced he was back at it. “Over the last several months I have begun investing actively again. We’ve noted these investments in Shawn Fanning’s new startup and in Kevin Rose’s new startup. I have also become a limited partner in two venture funds, Benchmark Capital and SoftTech VC.” Arrington explained that he would respect the information he was privy to as an investor and not use his position at TechCrunch to aid his business ventures.

However, being honest, he noted, “In a few months, there’s a very good chance that I’ll be a direct or indirect investor in a lot of the new startups in Silicon Valley, and that will mean that there will be financial conflicts of interests in a lot of my stories.” To avoid as much controversy as possible, he insists he will be up front about all his actions.

All-in-all, there’s nothing terribly shocking about this: Arrington has been a known investor for awhile–save his dry spell–and his voice on TechCrunch is generally heard in editorial pieces. Readers are, for the most part, smart enough to see opinion-based writing for what it is. But what might draw a little more suspicion than his investment activity is the rumor that he’s launching his own firm called CrunchFund. The Next Web reports that inside sources claim Arrington is behind the coming angel investment funding firm, and that the domain name has been registered. Arrington nemesis Jason Calacanis also confirmed the news via Twitter.

So what does this mean for readers and the industry? For those familiar with Arrington and his role in this market, not much. Continue to take things Arrington says with a grain of salt and look for outside sources to back up stories – like you should regardless. No matter how dedicated of a businessman he may be, we don’t see him turning TechCrunch into an endless brochure for the startups he’s promoting.