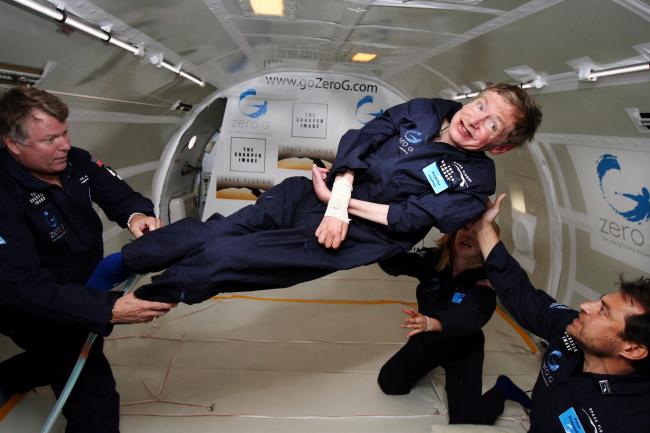 There is no heaven, and anyone who believes otherwise is just “afraid” of death, says renowned theoretical physicist Stephen Hawking, who revealed his views about life and death in a recent interview with the Guardian newspaper.

The 69-year-old professor, scientist and author has lived with motor neurone disease for nearly five decades. This, he says, has given him ample reason to consider what awaits him after his death.

“I have lived with the prospect of an early death for the last 49 years. I’m not afraid of death, but I’m in no hurry to die,” he said. “I have so much I want to do first.”

“I regard the brain as a computer which will stop working when its components fail,” he added. “There is no heaven or afterlife for broken down computers; that is a fairy story for people afraid of the dark.”

Hawking made his controversial comments during an interview conducted in advance of this week’s Google Zeitgeist meeting in London, where Hawkings will address the question: “Why are we here?” As his answer, Hawkings will argue that the existence of life itself is simply random chance, a stance that rejects Sir Issac Newton’s theory that existence is the work of an almighty being. “Science predicts that many different kinds of universe will be spontaneously created out of nothing,” he said. “It is a matter of chance which we are in.”

This is not the first time Hawkings has made statements that defy religious dogma. His 2010 book, The Grand Design, brought a backlash from a number of religious authorities, including chief rabbi Lord Sacks, for arguing that there is no need for the existence of a God or gods to explain the creation of the universe. And last June, Hawkings said during a television interview that he didn’t believe in a “personal” God.

“The question is: is the way the universe began chosen by God for reasons we can’t understand, or was it determined by a law of science? I believe the second,” he said. “If you like, you can call the laws of science ‘God’, but it wouldn’t be a personal God that you could meet, and ask questions.”

Ask Stephen Hawking anything during his first ever reddit AMA