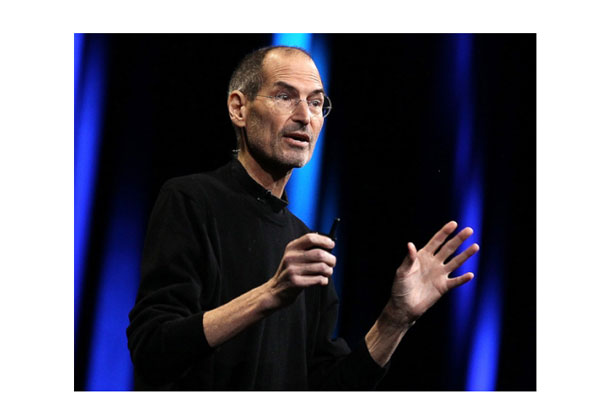 For many people, Steve Jobs was a visionary, a marketing genius, and even a world changer. He was also, it’s fair to say, an avid wearer of black turtlenecks, blue jeans and white sneakers.

So iconic did his black turtleneck become that following his death last week, a Minnesota company that makes them saw a significant increase in orders for the $175 top.

But what about Jobs’ black turtleneck? Why did Apple’s former CEO forego a wardrobe of varied, colorful garments in favor of just one single item?

Well, it seems that the answer has now been revealed. According to website Gawker, Jobs explained his love of the black turtleneck to biographer Walter Isaacson during one of the many interviews Jobs did for the book Steve Jobs, due out later this month.

As the story goes, Jobs was visiting a Sony factory in Japan back in the 1980s. He noticed everyone in the factory was wearing a uniform. Sony’s then chairman, Akio Morita, told Jobs that following the war nobody had any decent clothes, and so companies like Sony provided their employees with something to wear.

Over time, the uniforms of each company took on their own particular look, which in turn helped workers to form a bond with the company. “I decided that I wanted that type of bonding for Apple,” Jobs says in Isaacson’s book.

Sony used the acclaimed Japanese fashion designer Issey Miyake to make its uniform. Jobs was so impressed by Miyake’s work that he asked the designer to come up with some vests for workers at Apple.

According to Jobs, Apple employees were less than impressed by the proposed new look. “I came back with some samples and told everyone it would great if we would all wear these vests. Oh man, did I get booed off the stage. Everybody hated the idea.”

Though the plan for a uniform at Apple failed to materialize, the idea had taken hold in Jobs’ mind. He opted for a uniform for himself, for its “daily convenience…. and its ability to convey a signature style.”

He contacted Miyake for help with his own distinctive uniform. “I asked Issey to make me some of his black turtlenecks that I liked, and he made me like a hundred of them,” Jobs told Isaacson. The biographer says the Apple co-founder even showed him a pile of them stacked up in his closet. “That’s what I wear,” Jobs told him. “I have enough to last for the rest of my life.”

He may have not succeeded in getting his employees to wear those vests, but that black turtleneck helped to make Jobs arguably the most recognizable company boss in the world.

Steve Jobs died last week at the age of 56. He had been battling cancer for a number of years. Apple plans to hold a memorial service at its Cupertino headquarters on October 19.