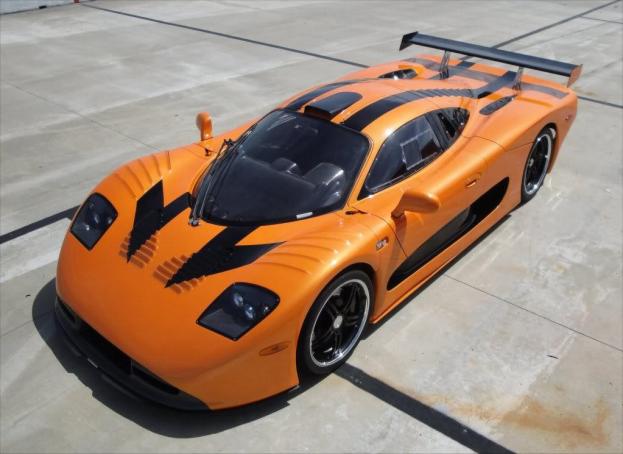 Rossion and Mosler may sound like two names we just made up, but they’re bona fide American carmakers and, soon, they’ll be one. RP Performance, the outfit that owns Rossion, has bought Mosler Automotive.

Why should you care? Because even though Mosler doesn’t have the pedigree of Ferrari or Lamborghini, it has a history of building cars that are just as fast and exotic. Sometimes, even more.

Mosler Automotive got its start in 1985 with the Consulier GTP, a brutally fast and brutally ugly sports car powered by a 2.2-liter turbocharged Chrysler four. It so completely dominated the IMSA Supercar Series that it was banned.

More recently, Mosler built the MT900S Photon (top photo), sporting a 7.0-liter V8 with 530 horsepower and 515 pound-feet of torque. Pushing a car that weighs roughly the same as a Mazda MX-5 Miata, those horses could purportedly get the Photon past the 200 mph mark.

Originally called 1G Racing, Rossion established a niche as the exclusive U.S. importer of the British Noble supercars. It eventually bought the rights to the Noble M400 and M12, which it builds as the Q1.

Like Mosler’s products, the licensed Nobles Rossion builds are unpretentious but fast. The Q1 may have a humble 3.0-liter Ford Duratec V6 (albeit twin-turbocharged) underneath its generic styling, but it can do 0 to 60 mph in 3.1 seconds and reach a top speed of 189 mph.

Rossion was sketchy on the details of its purchase of Mosler, but the resulting cars will probably combine the strengths of what came before. The Mosler name will be retired, but Rossion hopes to leverage the company’s experience with carbon fiber in future cars.

“Rossion looks forward to using this technology and expertise to introduce exciting new models in 4, 6 and 8 cylinder configurations to the Rossion line up,” the company’s press release said.

Mosler may have flown under the radar for most of its existence, but the cars that wore its badge were still impressive. Hopefully Rossion will be able to keep up the momentum.

Is a Mosler or Rossion your ideal supercar? Tell us in the comments.