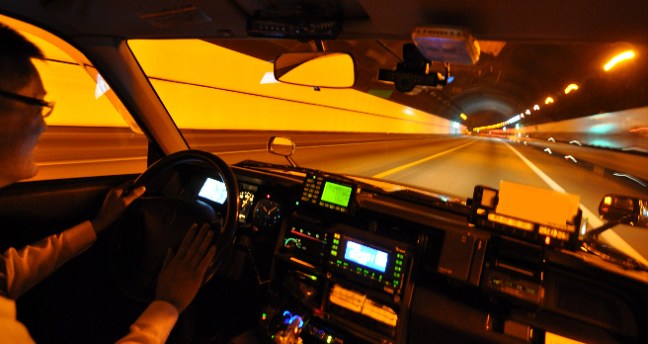 To many people not addicted to the Internet, the following statement by US Transportation Secretary Ray LaHood may seem obvious: “There’s absolutely no reason for any person to download their Facebook into the car.”

But for those who do feel the need to be constantly connected, LaHood’s words may have them breaking into a cold sweat. LaHood is becoming increasingly concerned about car manufacturers equipping vehicles with more and more gadgets that could distract drivers and cause accidents.

A Wall Street Journal report on the subject says that if LaHood comes to believe that manufacturers are overloading cars with in-car tech, he’ll use his authority to force them to hold back. He also wants car companies to make public service ads telling motorists to drive when they are in the driving seat, as opposed to texting and tweeting. LaHood has no doubts about the size of the task his department faces. “We know people are hooked on cellphones and texting devices.” he says.

People are becoming increasingly attached to their smartphones, and automatic cars with cruise control lull many drivers into a false sense of security, with the idea of sending a quick text proving too tempting for some.

Following Subaru, BMW is about launch an ad campaign to encourage more responsible driving. According to the WSJ, BMW’s ad shows a young mother trying to text and drive at the same time. Moments later, she piles into a sport utility vehicle.

BMW hope that its ad will prevent irresponsible driving behavior, thereby avoiding the need for a government crackdown on in-car tech, allowing the car company to pursue others forms of gadgetry. Chief executive of BMW North America, Jim O’Donnell, says that his company isn’t turning its back on the in-car media revolution. He recognizes that drivers want information while they are behind the wheel. “BMW’s approach is to manage that flow, not cut it off, such as by making brief bursts of information available on head-up displays,” he says.

Facebook fans will be glad to hear that General Motors’ Chevrolet Cruze incorporates what it considers to be a safe Facebook-update feature, executed by voice commands. The system is, however, still in the beta test phase.

The news of the government’s concern may not, however, be music to the ears of RIM, which is looking to integrate its PlayBook tablet and software into more cars.

LaHood’s department is planning to introduce a set of guidelines early next year regarding in-car technology. In the meantime, he’ll be wanting to see car manufacturers showing a responsible attitude to the subject, or else the guidelines may be more rigorous than expected.