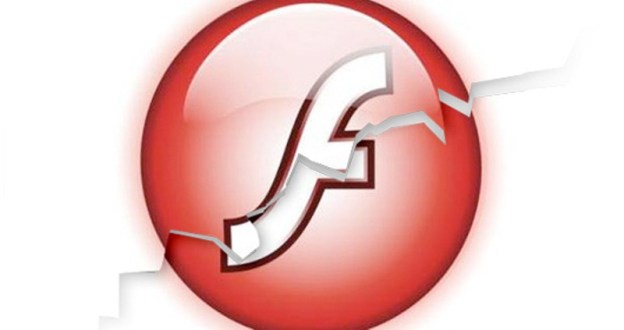 After more than four years of tit-for-tat sniping and surprising vehemence, Adobe has finally thrown in the towel: Adobe is abandoning Flash on mobile devices, choosing instead to focus on HTML5 tools for mobile content. For the time being, Adobe says it plans to continue to support Flash on the desktop—and it will offer security updates for mobile Flash on Android and PlayBook for an unspecified amount of time. But the message is clear: Flash on mobile is done with the forthcoming Flash Player 11.1.

The announcement comes just as Adobe announces another round of layoffs: this time, 750 full-time employees in Europe and the U.S. are on the chopping block. The move follows similarly-sized layoffs in 2008 and 2009.

Unsurprisingly, Adobe’s about-face has been greeted with more than a little gloating in the Apple and iOS communities. After all, iOS devices have never supported Flash, and the late Steve Jobs was no fan of the technology even on desktops (“We also know first hand that Flash is the number one reason Macs crash,” Jobs wrote in a rare open letter back in 2010). Adobe dropping Flash for mobile can be seen as Jobs having one last laugh from beyond the grave.

However, Adobe was content to press forward with Flash for mobile devices for four years without running on iOS devices. Furthermore, Android is now the leading smartphone platform in North America and Europe (and starting to make inroads on the tablet market) and many new Android devices have enough CPU horsepower and graphics technology to at least mitigate some of mobile Flash’s myriad performance issues. The future of mobile Flash seemed to be getting brighter—even if RIM’s PlayBook hasn’t done so well. What changed?

Adobe says Flash isn’t dead—just Flash on mobile devices. The company plans to continue developing Flash for desktop PCs as a product focusing on “advanced gaming and premium video.” Adobe has been saying for months that Flash Player 11 for desktop systems will leverage hardware-accelerated graphics capabilities in modern PCs to offer console-quality gaming experiences, and by “premium video” Adobe means “paid-for video.” Adobe has been busily baking content protection technology into Flash so it can serve as a secure platform for streaming video services—Adobe would dearly love to power Netflix. Adobe will still produce browser plugins for Flash, but it looks like the company’s plan going forward sees Flash technology as more of multimedia engine that can be embedded in desktop apps—not unlike the rendering engines used by game developers.

On the mobile side, Adobe plans to focus on enabling developers to use Adobe Air tools to create HTML5-based apps and content. Unlike Flash, Adobe notes “HTML5 is now universally supported on major mobile devices, in some cases exclusively”—acknowledging Apple’s iOS in all but name. “This makes HTML5 the best solution for creating and deploying content in the browser across mobile platforms.” And Adobe has been making strides in that direction: Adobe has been rolling out Flash-to-HTML5 converters and bringing out Flash-like development tools for HTML5, and recently submitted its CSS Shaders proposal to the W3C. Adobe is characterizing the CSS Shaders proposal as indicative of the company’s intention to “aggressively” contribute to HTML5 so the technology can more quickly encompass most of Flash’s current capabilities.

Why drop Flash for mobile now?

A great deal of the credit should go to Apple for proving that a platform didn’t need Flash to be successful. Before the iPhone—and then the iPad—common wisdom was that no Internet platform could succeed without Flash support, since Flash powered the vast majority of video and interactive content on the Web—including YouTube and innumerable online games. The popularity of iOS devices forced many content providers to switch to open standards like HTML5 and H.264 video.

However, the straw that broke the camel’s back might well be in Redmond, not Cupertino. Although Microsoft has been accused of stagnation for years—and is almost a non-entity in the mobile world right now—Microsoft’s mobile strategy hinges on two things: Windows Phone and Windows 8 Metro. Guess what? Neither of these platforms support Flash. Although Adobe made some noise back at February’s Mobile World Congress about working with Microsoft to get Flash onto Windows Phone, Microsoft’s focus was on HTML5 and now, with Windows Phone 7.5 Mango out the door, Windows Phone still doesn’t have Flash support. Microsoft has also made no bones about Flash support in Windows 8 Metro, which will be Microsoft’s platform for tablets: no Flash. At all. Period. The Metro version of Internet Explorer 10 will support HTML5 technologies, but will not support plugins.

Microsoft’s disdain for plug-ins doesn’t seem limited to Flash: numerous reports have had Microsoft pondering the end of Silverlight as well, after the company increasingly focused on the technology as a Windows-only thing during the last year.

Microsoft might be a distant also-ran in the mobile world right now, but the company is still by far the dominant player in desktop operating systems. Although the existing Windows legacy will take years to fade away—after all, XP is still kicking around —Windows 8 Metro will blur the lines between desktop and mobile operating systems. If Microsoft can succeed with Windows 8 Metro, literally millions and millions of computing users will be leading a Flash-free existence.

There are two primary reasons mobile platforms are leaving Flash behind: performance and security. Although current and upcoming Android devices are packing CPU horsepower and graphics capabilities—Asus is now shipping a quad-core tablet—Flash’s performance on mobile devices has generally been sub-par. What’s more, even on devices where Flash performed acceptable most of the time, the technology simply consumed batteries: if Flash worked well on mobile devices, it doesn’t work for long, leaving users in a lurch or distinctly immobile, tethered to the nearest USB port, dock, or wall outlet.

Adobe has also repeatedly emphasized it works hard on Flash security. “Security is one of the highest priorities for the Flash Player team,” Adobe wrote in its response to Jobs’ open letter. But the simple fact is that Flash has faced a large and continuing number of significant security issues and zero-day exploits—while a number of those are limited to the desktop versions of the Flash Player, Adobe has issued critical security updates for mobile Flash as well.

A third, perhaps more far-reaching reason companies like Apple and Microsoft have steered away from Flash is a conscious decision to go with open, standardized technologies—as represented by HTML5 and CSS3—rather than proprietary solutions like Adobe Flash. Adobe Flash was about the only game in town for interactive online content back in 1999 when the technology first shipped as a browser plug-in. Back then, it was Macromedia Flash Player 4, and by 2000 it was shipping as a default plug-in on most major Web browsers. That’s where Flash’s ubiquity was born.

Although it’s taken more than a decade for open technologies to begin to catch up with Adobe Flash—and many Flash developers would say they’re still nowhere close—it’s no exaggeration to say that content produced for Flash is essentially trapped inside Flash. Although Adobe has opened up parts of the Flash ecosystem, The end of mobile Flash is another step towards “whole Internet”—including the mobile Internet—being based on technologies developed in the open without proprietary constraints and limitations. With the Flash platform, Adobe effectively set itself up as a gatekeeper for interactive content on the Internet: if the platform had shortcomings that Adobe didn’t see fit to address—like accessibility—they simply didn’t get addressed. With open standards, anyone with sufficient interest and motivation can develop and propose changes to the technology: if they fly, they become part of the standard.

In a sense, the end of mobile Flash means a more consistent and open mobile Internet for everyone—not just iOS users, but Android, BlackBerry, and Windows Phone too. That’s a victory for everyone, not just Steve Jobs.