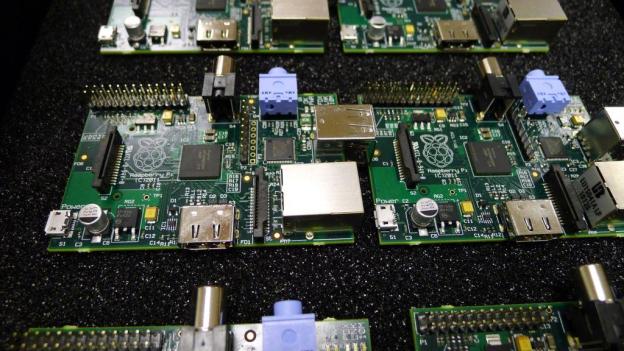 You might remember a brief blip about video game veteran David Braben and his low-cost mini-computer project named the Raspberry Pi a while back. Well, it seems like he’s finally finished developing the computer and may be ready to launch in January.

The new version is a little bigger than the USB sized prototype but is still roughly the same price, and price was arguably the main point of the project. Braben wanted to make it easy to distribute the starter computers among high school students in order to develop interest in programming at an early age.

The Raspberry Pi has now been split into two versions: One priced at $25, and one at $35. The 25$, Quake 3 Arena running device is packed with the prototypes same 700MHZ ARM 11 processor, runs Linux and has the same USB and HDMI ports. The latest version has128MB of RAM, uses an SD card and has an audio and RCA video jack. The $35 model gets you the same specs, plus 256MB of RAM and an Ethernet port.

The boards are currently being fine-tuned—undergoing electrical, hardware and software testing. The team is shooting for January, but it should be noted that this was moved from the original hope for the end of 2011. Aside from the general January release, there is also an auction for a select few to receive a device this month.

Braben stated in an earlier demonstration of the Raspberry Pi prototype that he wished to improve on the way high schools taught computer classes, which mainly focused on office skills. He wanted school goers to be enthusiastic about creating the products they typically consume. The video below shows off the device running a Star Trek Demo as well as some computer graphics in 1080p.