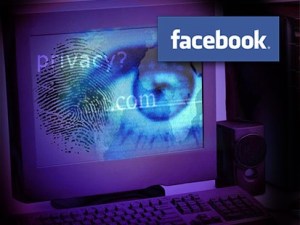 “Facebook needs to protect the personal information of its users to ensure that Facebook doesn’t become Phonebook,” said Rep. Markey in a statement. “That’s why I am requesting responses to these questions to better understand Facebook’s practices regarding possible access to users’ personal information by third parties. This is sensitive data and needs to be protected.”

In the letter, Rep. Markey and Rep. Barton pose 11 different questions to Zuckerberg. They include:

•    Would any user information in addition to address and mobile phone number be shared with third party application developers under the feature as originally planned, and was any of this information shared prior to Facebook’s announcement that it would suspend implementation of the feature?
•    What user information will be shared with third party application developers once the feature is re-enabled?
•    What was Facebook’s process for developing and vetting the feature referenced above before the feature was suspended, and what was the process that led Facebook to decide to suspend the rollout of this feature? What is the process Facebook is currently employing to adjust the feature prior to re-enabling it?
•    What are the internal policies and procedures for ensuring that new features developed by Facebook comply with Facebook’s own privacy policy, and does the company consider this a material change to its privacy policy?
•    What consideration was given to risks to children and teenagers posed by enabling third parties access to their home addresses and mobile phone numbers through Facebook when designing the new feature?
•    What are the opt-in and opt-opt option for this new feature?
•    Why is Facebook, after previously acknowledging in a letter to Reps. Markey and Barton that sharing a Facebook User ID could raise user concerns, subsequently considering sharing access to even more sensitive personal information such as home addresses and phone numbers to third parties?

The full letter can be viewed here (PDF).

Obviously, this isn’t the first time Facebook has been questioned over privacy concerns. But this isn’t even the first time these two Congressmen have questioned Facebook. Last October, the pair penned another letter questioning Facebook over the privacy breach that affected “tens of millions” of users.

As Facebook continues to grow, and expand into a wider variety of online capacities — and thus, seeps further into the lives of its users — greater public scrutiny will be brought upon the company’s actions, especially those which deal with privacy.

Reps. Markey and Barton have given Zuckerberg until February 23 to respond to their letter.