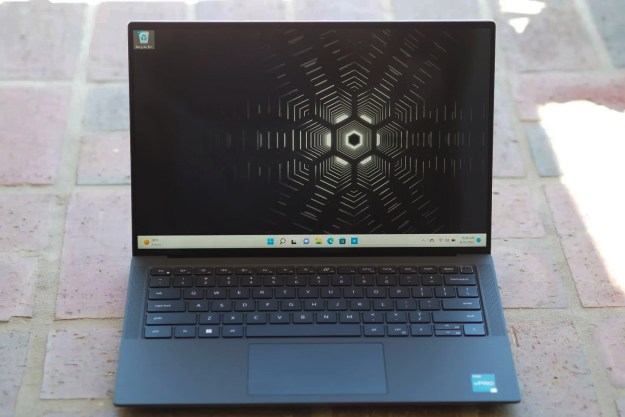 “The Dell Precision 5470 is small and narrow, but it lacks the power of a portable workstation.”

Portable workstations are a different breed of laptop. They’re aimed squarely at demanding tasks, specifically those that use intense engineering, scientific, and creative applications. They use the fastest CPUs, up to Intel’s Xeon processor, and rely on specialized discrete GPUs designed and certified to work with those applications as opposed to GPUs made for gaming.

That also means a greater emphasis on performance over portability. Dell’s Precision 5470 changes that up by packing workstation-class components into a thin and light 14-inch chassis — according to Dell, it’s the world’s thinnest and lightest 14-inch workstation.

Unfortunately, the Precision 5470 represents too great a trade-off in performance to fit into its admittedly thin and light chassis, and it costs far too much to be competitive outside the world of workstations.

And here’s the problem: While the Precision 5470 is definitely a fast 14-inch laptop, it isn’t so fast that it justifies its workstation designation or workstation pricing.

As we can see from our benchmarks, the Precision 5470’s performance was mixed when compared to the Inspiron 14 Plus. It was slightly faster in Geekbench 5 and Cinebench R23 but a bit slower in our Handbrake video-encoding test. As you move up in size, the Precision 5470 falls further behind. Note that I’ve reported in our table below both balanced and performance mode results based on the manufacturer’s utility for managing CPU frequency and fan speed.

The RTX A1000 GPU just doesn’t provide enough of a boost.

The most telling test, though, is the PugetBench benchmark that runs in a live version of Adobe’s Premiere Pro. That’s precisely the kind of application that a portable workstation is aimed at running, and it uses both the CPU and the GPU in tandem. While the Precision 5470 was faster than the Inspiron 14 Plus, the difference was only 12% in balanced mode and 8% in performance mode. And the Precision 5470 once again fell behind — this time more significantly — as we moved up in laptop size.

The Dell XPS 15 with the RTX 3050 Ti, for example, is overall 16% faster, and a whopping 38% faster at exporting timelines — likely thanks to the more powerful GPU. But comparing it to Apple’s MacBook Pro 14, with its 10-core CPU/16-core GPU Apple M1 Pro, is even more damning.

We don’t have a selection of benchmarks specifically for portable workstations, but the PugetBench benchmark serves as a decent proxy. And the bottom line is that the Precision 5470 simply isn’t fast enough. Part of that is because the Core i9 is wasted in the thin and light chassis — it immediately hit 100-degrees Celsius and throttled back frequencies in each of our CPU-intensive benchmarks. And the RTX A1000 doesn’t provide enough of a boost. You’re paying a significant price in performance for a portable workstation that’s slightly easier to carry around.

I won’t bother reporting on gaming because the Precision 5470 isn’t intended for that use case. I will, though, point out that in the 3DMark Time Spy benchmark, the RTX A1000 was slightly behind the typical RTX 3050. If you decide to run some games on the laptop, you’ll be limited to 1080p and medium or lower graphics in most modern titles.

Nice sized, but so what?

Yes, the Precision 5470 is an impressively small laptop. It benefits from the same tiny bezels as Dell’s XPS line, and as I hinted above, it looks a lot like a smaller version of the XPS 15. It has a darker gray aluminum lid and chassis bottom and the same kind of black carbon fiber keyboard deck, with lines that are eerily similar to the XPS 15. It’s slightly smaller than the Inspiron 14 Plus in height and width while being around the same thickness at 0.74 inches and weighing less at 3.29 pounds versus 3.7 pounds. Compared to the XPS 15, the Precision 5470 is noticeably smaller and lighter, but not so much that it’s worth giving up so much in performance.

Dell engineered a solid laptop in the Precision 5470, that’s for sure. It’s completely rigid in the lid, keyboard deck, and bottom chassis, easily as rock-solid as the XPS 15, and very close to the Apple MacBook Pro 14. I have no complaints about the laptop’s build quality.

Again, though, it’s hard to justify the Precision 5470’s size and price when a laptop that costs less than a third as much and is only slightly larger performs almost equally as well. Dell will argue that Intel’s vPro makes the Precision 5470 easier for an enterprise to secure and manage, and that’s true. And the RTX A1000 is designed and certified to run those key applications more reliably, which is something we can’t test. It’s a dubious proposition, though, that these factors are enough to justify the price jump without an equal performance increase.

You also don’t get workstation-like connectivity, with four USB-C ports with Thunderbolt 4. Workstations (and 14-inch laptops generally) typically support more legacy ports and niceties like Ethernet. You’ll be reaching for dongles before you know it. The Precision 5470 does have up-to-date wireless connectivity, however.

My Precision 5470 review unit was equipped with the QHD+ 16:10 IPS display, and it’s good enough to meet the needs of any creator who can live with the laptop’s performance.

It’s very bright at 549 nits, offers colors that are just wide and accurate enough, and provides an extremely high contrast ratio that will please any user. If the Precision 5470 were faster and appealed to more demanding creators, then the AdobeRGB gamut coverage would be a bit low, but as it is, it’s good enough.

The audio is provided by four speakers, two upward-firing and two downward-firing, that pump out plenty of volume with clear mids and highs and a touch of bass. They’re likely similar to those found on the XPS 15, meaning they’re among the better speakers you’ll find in a Windows laptop.

Along with the overall design, the Precision 5470 resembles the Dell XPS 15 in several other ways. The keyboard is one. While there’s less space on the keyboard deck, the Precision’s keyboard offers equal spacing and the same large, comfortable keycaps. The switches also seem identical, with the same light and snappy mechanism and precise bottoming action. The XPS line has one of my favorite Windows keyboards, so that’s a real plus.

The touchpad is quite a bit smaller than the XPS 15’s, though. It’s similarly designed, with the same smooth and accurate surface and quiet, confident clicks. The display on my review unit was touch-enabled and worked as well as usual.

Dell kept the webcam at 720p, the same as the XPS 15, which is disappointing. As such, the quality was less impressive than on some other laptops I’ve reviewed lately with 1080p webcams. The infrared camera enables Windows 11 Hello passwordless login via facial recognition, with a fingerprint reader embedded in the power button offering another reliable way to log in.

The infrared camera also enabled Dell’s user presence detection features. Onlooker Detection can tell when someone is looking over the user’s shoulder and apply a texture to the display to obscure whatever data is on-screen. Look Away Detect knows when the user isn’t looking directly at the display and dims the screen.

Walk Away Lock turns off the display and locks the Precision 5470 when the user leaves the area, and Wake on Approach wakes up the laptop and logs it in when the user returns. Each of these features worked well during my testing and had to be turned off to enable my battery benchmarks.

Finally, we should consider the Precision 5470’s battery life, although that’s not a key metric for a workstation. Our testing emphasizes productivity battery life, which means a few tests that don’t push the CPU all that hard.

Workstation users will tend to burn the battery much faster with more demanding work. So while the Precision 5470 was average or better across our various tests and should last a full day on a charge, workstation users should plan to carry their charger with them.

Too little for too much

If I had over $3,000 to spend on a laptop and needed workstation-like performance, I’d do some extra weightlifting and select a larger and heavier workstation like Dell’s Precision 5570 or even a mainstream powerhouse like the MSI Creator X16P. Sure, it would be more to lug around, but its performance would more than make up for it. And while app selection would be more limited with the Apple MacBook Pro 14, it would be another solid alternative if it ran the apps I needed.

As it is, the Precision 5470 is simply too expensive to justify its limited performance. Simply put, if the Precision 5470 can handle your workflow, then you likely don’t need a workstation-level laptop. You can pick from among several 14-inch laptops and get as much portability and maybe even better performance at a much lower price.