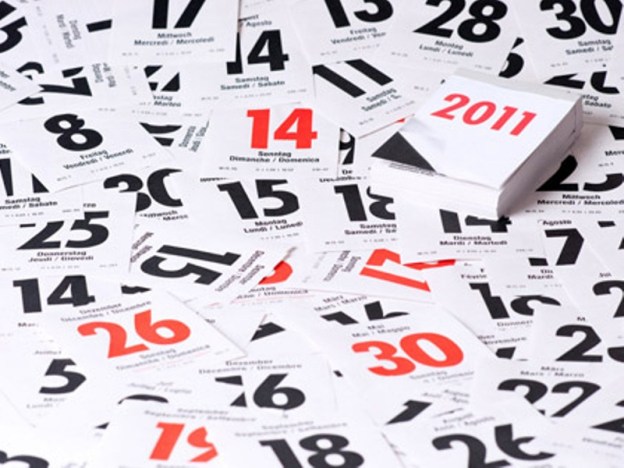 It’s been quite a year. From the hype and eventual disappointment over the iPhone 5, rise of the hacker, digital corporate missteps, and the powerful role social media assumed, we look back on a few of the more poignant moments that shaped 2011.

In the late Winter and early Spring of 2011, a revolution that began in the Middle East and swept through Northern Africa and parts of Asia found its voice in none other than Facebook. Tunisia, Egypt, and Libya all relied on the power of the world’s largest social network to both connect and organize with other local demonstrators as well as make their mission known to the rest of the world. Twitter and YouTube were also incredibly crucial platforms that offered outsiders a direct portal to the citizen collectives as well as the violence they suffered. Most importantly, these efforts weren’t in vain: former Egyptian president Hosni Mubarak resigned and the revolution against Libyan dictator Muammar Gaddafi ended in his death.—Molly McHugh, Staff Writer; digital photography, social media

When a natural disaster hits, it rallies the people around the world to help contribute with the rebuilding.  The effects are devastating, but in time, the wounds created by the disaster heal.  But when the earthquake and tsunami hit Japan earlier this year, it may have left a mark that our friends in Japan may never fully recover from.  The affects were immediate and global. The world watched as what is arguably most technologically sophisticated culture on the planet documented its own destruction. Plus, beyond the minor global issues caused by the devastation–petty things like delayed manufacturing–the disaster may also have forever changed the way the world looks at nuclear energy. It’s a humbling reminder that no matter where or when, no matter how rich or powerful a nation may be, nothing can compare–or prepare–for the destructive power of nature. The recovery efforts in Japan continue and the Japanese people will thrive and adapt, but their society may never be the same.—Ryan Fleming, Associate Editor; gaming

April 20 is the anniversary of a lot of bad things: Adolf Hitler’s birthday, the disastrous Bay of Pigs invasion, the Columbine High School massacre, the Deepwarter Horizon oil well explosion. This year’s catastrophe: the complete shutdown of Sony’s PlayStation Network and Qriocity services, which jeopardized credit card info and other private data of 77 million gamers worldwide, and resulted in more than $170 million in damages. Problems for Sony started after their system was breached twice, once on April 17 and again on April 19. On April 20, the now-infamous PSN shutdown began, and lasted for 23 long days. Sony blamed members of hacktivist collective Anonymous for the cyberattack, a charge the loose-knit group vehemently denied. Tim Schaaff, president of Sony Network Entertainment, later described the crippling of the PSN a “great learning experience.”—Andrew Couts, Staff Writer; Internet and Web

The rise (and fall) of LulzSec

Just when the Internet seemed to lose the last tinge of the Wild West flavor that made it a haven for miscreants, raging nerds and social outcasts in the 90s, LulzSec came out of nowhere to this summer to reaffirm that they’re all still among us. While they may be quietly seething under the new commercial landscape of companies like Facebook, Google and Amazon, they’re not afraid to come out at night, kick over garbage cans, crap on doorsteps and graffiti walls. Or, you know, hack police departments in Arizona, the U.S. senate and the CIA. Whether you thought LulzSec exploits amounted to immature pranks or cyber activism, you’ve got to hand it to them for stepping up past the tomfoolery most of us dabbled in at that age. (Topiary, an alleged leader of LulzSec arrested in the UK, was only 18.) To the gentleman of LulzSec, we tip our MSPainted top hats to you. May the curse of calculus homework nor the touch of womankind ever lure you from your sacred work.—Nick Mokey, Associate Editor

Hewlett Packard went through a difficult transition this year. After promising that all of its computers would soon integrate WebOS, the company released the HP TouchPad to disappointing sales and reviews. What did HP do at the first sign of failure? CEO Leo Apotheker decided to jettison WebOS and shut down the #1 PC manufacturer’s PC division… to instead focus on business services and printers. A couple weeks later and the HP board had ousted Apotheker and installed former eBay CEO Meg Whitman as the new Chief of HP. After more than a month of intense thought and careful deliberation, Whitman made two easy decisions: keep HP’s profitable and industry leading PC division and turn WebOS into an open source platform.—Jeffrey Van Camp, Staff Writer; mobile and tablets

Netflix takes a dive off the deep end

It has been a rough year for Netflix. The company’s looming presence in the streaming media marketplace was already slipping as it faced strengthening competition from the likes of Amazon and Hulu and dealt with the costs of serving up high-bandwidth video to an aggressively expanding audience. In an effort to deal with these issues, Netflix changed their pricing structure and jacked up their rates, infuriating its customers in the process. But it was Netflix CEO Reed Hastings’ blog post and email two months after the rate hikes that seems to have sent the company into a seemingly unrecoverable tailspin. After pouring his heart out to customers, Hastings reluctantly announced Quikster, the new name for Netflix’s mail-based movie and game service. After further subsequent backlash, Netflix back-pedaled and Quikster was gone as suddenly as it came. As if that wasn’t damning enough, we also learned that Netflix’s deal with Starz, which provides most of the service’s desirable content, would be over in February 2012. As a result of all this mess, it is reported that Netflix has lost over 800,000 subscribers in Q3 of this year. We now find ourselves wondering if Netflix can pull out of this downward spiral to maintain a strong position in what has become an extremely competitive service space.— Caleb Denison, Staff Writer; TV/home audio

For Apple fans, October 4th, 2011 couldn’t come fast enough. The date seemed to approach at a snail’s pace though, while eager iPhone fans and industry enthusiast speculated on the impending awesomeness that was to be the iPhone 5. Rumored specs, fake Chinese cases, and even phony reviews sprang up all over the internet, but when the event unfolded in Cupertino, California the long awaited iPhone 5 was nowhere to be found, instead, we were introduced to the letter S and a funny sounding virtual assistant named Siri.—Amir Iliaifar, Editorial Assistant

Just the day after the announcement of the iPhone 4S, former Apple CEO Steve Jobs passed away after a long fight with cancer. October 5, 2011 was a sad day for anyone who loves the tech world. Whether you are an Apple fan or not, it’s hard to deny the fact that Steve Jobs changed the way all of us think about and use technology. His huge influence in the introduction of the iPod, iPhone, and iPad revolutionized mobile technology, and the products that Apple created with Jobs at the helm made life and the use of technology a lot easier for millions, including myself. It was sad to lose such a prominent figure in the tech world, but it was even more tragic to wonder what he might have come up with should his life not met such an untimely end.—Kelly Montgomery, Staff Writer; lifestyle

Topics
Here comes yet another patent infringement lawsuit against Apple over FaceTime
The hacked San Bernardino shooter's iPhone doesn't reveal any ISIS ties
FBI drops its fight with Apple over shooter's recovered iPhone 5C
The FBI still hasn’t cracked the San Bernardino terrorists’ encrypted smartphone
New AMD laptop CPU destroys its predecessor, winning by 90%
Lenovo is practically giving away this 2-in-1 Chromebook today
This micro-LED advancement is exactly what AR and VR needs
An AI-generated TV channel is mimicking ’90s sitcoms to nightmarish effect
LastPass vs. 1Password: should you switch?
How to overclock Intel’s Arc GPUs for better performance
I asked AI to recreate the best Super Bowl commercials — to hilarious and horrifying effect
Samsung’s crazy rotating 4K gaming monitor is $700 off today
Best Lenovo Laptop Deals: Save up to $2,287 today