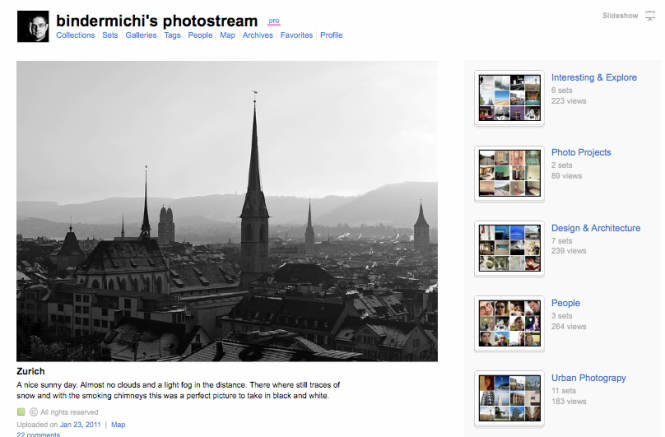 It’s every Flickr user’s worst nightmare: one day you login to find your collection of thousands of carefully organized photos have vanished. Permanently. That’s exactly what happened this week to Mirco Wilhem. When Wilhelm, a five-year member of the Yahoo-owned photo-sharing website, tried to log in to his account he was denied access and instead prompted to create a new account. An e-mail from Flickr eventually confirmed his fears:

Unfortunately, I have mixed up the accounts and accidentally deleted yours. I am terribly sorry for this grave error and hope that this mistake can be reconciled. Here is what I can do from here:

Please let me know if there’s anything else I can do. Again, I am deeply sorry for this mistake.

Wilhelm vented his well-earned frustrations in a blog post titled “You Have Got To Be F******g Kidding, Yahoo!” Wilhelm, who works in IT, was at a loss to explain how Flickr could turn an “active” account into a “deleted” one without a “deactivated” period, during which it would be possible to address any issues. In this case, such a grace period would have allowed Wilhelm to notice his account had been wrongly nuked. The mix-up began after Wilhelm submitted a support ticket to Flickr concerning the account of another user who he suspected of stealing his photos.

Despite Flickr’s initial assurance that it would not be able to recover any of the photos, Wilhelm eventually received word that he would not only be getting a free pro membership for 25 years — not just the four years Flickr initially offered — but his photos would be miraculously coming back, complete with Wilhelm’s organized sets, comments and favorites. Here’s the statement Yahoo released a day after Wilhelm got the bad news:

Yahoo! is pleased to share that the Flickr team has fully restored a member’s account that was mistakenly deleted yesterday. We regret the human error that led to the mistake and have worked hard to rectify the situation, including reloading the entire photo portfolio and providing the member with 25 years of free Flickr Pro membership. Flickr takes the trust of our members very seriously and we appreciate the patience shown by this member and our community. Flickr will also soon roll out functionality that will allow us to restore deleted accounts more easily in the future.

While providing a great deal of relief to Mr. Wilhelm, Flickr didn’t explain how the mix-up occurred in the first place. Nor has it explained what magical recovery process it employed to restore the photos after initially saying that doing so would be impossible.

Editing video on Chromebooks just got a lot easier

How to remove the background from an image