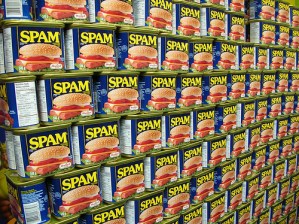 In an attempt to de-clutter search results, Google launched a new extension for its Chrome browser this week that allows users to block content from specific domains. According to Google Webspam master Matt Cutts, who announced the extension on the Official Google Blog, the new site-blocking functionality takes specific aim at content farms, which are riddled with “shallow or low-quality content” produced by low-paid content producers.

Armed with the new extension, Chrome users can block content, from any domain, from appearing in their search results with the quick click of a button added beneath the Google link. (If anyone changes their mind, the site can be re-added to their search results by clicking an different button at the bottom of the browser window.)

By incorporating data gathered from users who install the extension, Google says it will be able to better tune its algorithms to help keep spam sites, like Demand Media’s eHow or Yahoo’s Associated Content, from gaining such high placement on Google.

The site-blocking function arrives hot on the heels of a recently-leaked internal document from AOL that shows the company plans to combat falling ad revenue by launching what many see as just another content farm. AOL also just purchased notorious link-baiter the Huffington Post for $315 million, which could eventually enter the realm of “spammy.”

News of the extension comes only days after an article in The New York Times that revealed that JC Penney had successfully gamed Google by using a massive link-back scheme, which enabled the retail giant to appear as the top organic link for a wide variety of search terms. So the timing of this announcement may have something to do with that sketchy situation.

If Google can find a way to extend the site-blocking functionality to all their users, and not just the relatively few who use Chrome, then perhaps the gatekeepers of search can find a way to keep Demand Media and the rest of the Internet’s spam sites from clogging the tubes.

Topics
Google may have just fixed Chrome’s most annoying problem
Google is now supporting my awful browser habits, and I love it
How to create a calendar in Google Sheets
Half of Google Chrome extensions may be collecting your personal data
The best ChatGPT alternatives (according to ChatGPT)
HP 72 Hour Flash Sale: The 6 best laptop deals, from $250
Samsung’s first QD-OLED gaming monitor might be dead on arrival
Latest Dell sale sees must-have laptops starting from $380
Chrome’s take on Nvidia DLSS is set to launch, but you can’t use it yet
Lenovo Yoga 7i 2-in-1 laptop just got a $700 price cut
Google’s new Bard AI may be powerful enough to make ChatGPT worry — and it’s already here
Why you probably shouldn’t buy the $599 M2 Mac mini
Samsung’s 34-inch Ultra-WQHD monitor is $200 off right now