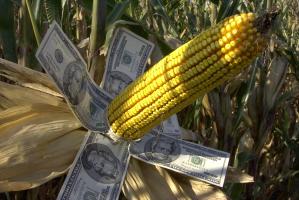 Since the beginning of the year, Google has made it an expressed mission to hide the “shallow” and “low-quality” sites (i.e. content farms) that have come to litter the search giant’s valuable results. And now Google says it’s done just that with a significant new algorithm update that affects nearly 12 percent of all US search results.

“Many of the changes we make are so subtle that very few people notice them,” writes Google’s webspam team on the Official Google Blog. “But in the last day or so we launched a pretty big algorithmic improvement to our ranking—a change that noticeably impacts 11.8% of our queries—and we wanted to let people know what’s going on.”

Last week, Google launched an extension for its Chrome browser that allowed users to block certain sites from showing up in their search results — another move made to combat sub-par content. Google receives information about which sites Chrome users block, helping them to fine-tune their search algorithm. Google points out that this “Blocklist data” was not used in this update, but says they were “pleased” to discover that the update does address 84 percent of the top 12 sites blocked by users of the Chrome extension.

As Search Engine Land‘s Danny Sullivan points out, Google’s announcement doesn’t explicitly target “content farms” by name, instead preferring coy adjectives like “low-quality” to describe their detested target. But as as Google’s head spam-fighter Matt Cutts told Sullivan, “I think people will get the idea of the types of sites we’re talking about.”

This could come to include properties owned by AOL, which recently purchased the Huffington Post — another site known for copying others’ content and re-publishing it under SEO-crafted headlines. In a company memo that leaked early this month, AOL’s now-ousted content chief David Eun said the new “AOL Way” would require boosting the number of highly searchable stories writers produce for AOL properties in an attempt to uphold sagging advertising revenue. This sounds suspiciously like a content farm strategy if we’ve ever heard one.

Regardless of which specific sites will be affected by Google’s algorithm update, 12 percent of all searches is a huge number, by any standard. So if it all out they way Google says it does (and from what we can tell, it does), expect your Google search results to include a lot less fluff from now on.

Update: Demand Media’s Larry Fitzgibbon has released a statement about Google’s algorithm update on the company blog: “We have built our business by focusing on creating the useful and original content that meets the specific needs of today’s consumer,” writes Fitzgibbon. ” So naturally we applaud changes search engines make to improve the consumer experience – it’s both the right thing to do and our focus as well.”

The statement goes on to explain that “a content library as diverse as [Demand Media’s] saw some content go up and some go down in Google search results,” but that they “haven’t seen a material net impact on [their] Content & Media business.”

Despite the nonchalant-ness of the statement, its tone seems to be surrounded by an air of “oh crap.” Just the fact that Demand Media saw the need to release this statement suggests that the Google update is having at least some impact, whether Fitzgibbon wants to admit it or not. Surely, the company is hoping to convey the exact opposite message. But for some reason, that version is hard to believe.