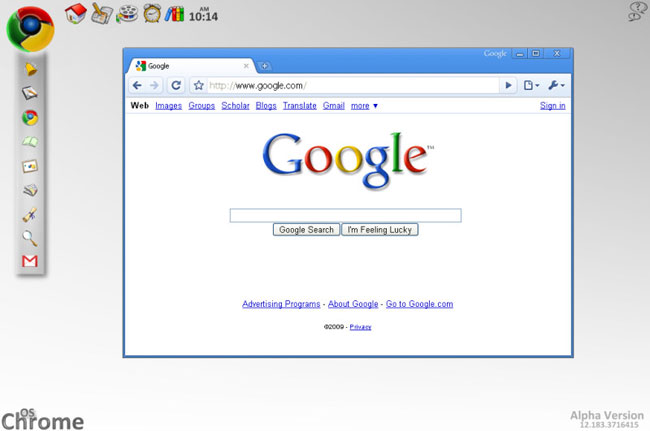 Google, not content to just rule the internet, smartphone market, and soon the TV world, has announced that it will soon be releasing Google Chrome OS, an operating system designed for laptop PCs.

Other than the name and vague release date, we don’t know much about the new OS. Sundar Pichai, Google’s vice-president for product management, told the crowd at the Computex PC Show to expect the OS to be released in North America during the Fall, but little more.

Pichai also reiterated that the OS will initially be designed for laptop PCs. Google’s Android OS is already a hit, and has begun to outsell both the iPhone, and Windows mobile phones. Whether or not they can equate that success into a foothold in the computer OS field is the real question.

This is a story that you can be sure we will follow closely. Would you trust Google with your OS? Sound off below.