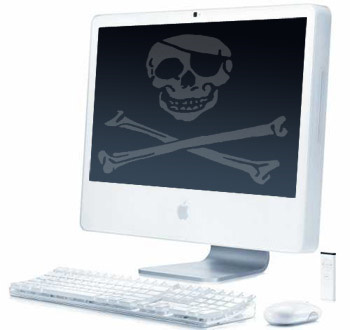 EU lawmakers and governments agreed on new rights for Internet users Thursday, aiming to protect them from arbitrary crackdowns on those who illegally download music and movies on the Internet.

EU Telecoms Commissioner Viviane Reding said a deal was reached after EU governments agreed to EU parliament demands to balance measures against illegal downloaders with a broader set of rights for telecom users.

The reforms were two years in the making. They also include new privacy controls, consumer rights and increased competition for Internet and phone services — key improvements that have been overshadowed by the fight over digital user rights.

They include setting up a new EU-wide telecoms authority charged with ensuring fair competition, bolstering consumers’ rights to switch mobile or landline telephone operators within one working day, and expanding digital networks to provide faster broadband Internet service for users in rural areas.

EU lawmakers had been at odds with governments, notably France, over how to tackle the increase in illegal downloading.

Film and record labels had heavily lobbied the 27-nation bloc, demanding better enforcement of copyright rules to protect profits that are shrinking in the face of online file-sharing, in which people swap music files without paying.

However, in a victory for the EU assembly, governments relented and agreed to include guarantees in the bill protecting users from arbitrary cutoffs of their Internet services.

The bill still needs the final approval of the European Parliament and EU governments, which is expected later this month.

Under the guarantee, national authorities will only be able to cut off Internet services if they have proof that a user was downloading illegal copies of movies or music files, ensuring that users are presumed innocent.

“Full due process rights will have to apply in any administrative case, except in cases of duly justified urgency, like serious crime, terrorism, child pornography,” said Spanish lawmaker Alejo Vidal-Quadras. “This is really a step forward.”

European consumers’ organization BEUC, warned however that the draft EU bill was too vague on “due process” rights given to users, complaining it does not specifically provide suspected illegal downloaders the right to a judicial hearing.

Christian Engstrom, a lawmaker from Sweden’s Pirate Party, said the revised bill was somewhat of a victory for file-sharers, but warned that the EU assembly would have to keep a close eye on member states that want to cut off Internet users for online pirating.

Under pressure from the music and film industries, France had pushed hard for tough measures against illegal downloaders. French President Nicolas Sarkozy had advocated a “three strikes and you’re out” rule, under which Internet use would be tracked and users caught downloading would be warned twice before their Internet access would be cut off for a year. Britain is also considering such a move, lawmakers said.

However, the French parliament passed a law in September watering down that plan and efforts to cut off Internet access will be left to a judge.