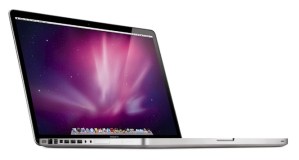 Apple will release its new line of highly-revamped MacBook Pro laptops as early as March 1, according to a variety of rumors currently circulating online. The new laptop models are said to be powered by Intel’s second-generation Core i-series processors.

A “person familiar with the matter” tells Apple Insider that Apple will introduce the new MacBook Pros within two weeks time. The release is later than expected, however, because a design flaw in the Sandy Bridge “Cougar Point” chipset caused Intel to halt shipments and issue a recall of the processor late last month. This report has been corroborated by Danish blogger Kenneth Lund, who says an anonymous source from a major Apple reseller tells him that the March 1 date is, indeed, launch day.

The problems were reportedly due to bad SATA ports — the inputs for hard drives, DVD drives, etc — which Intel says had a tendency to degrade over time, “potentially impacting the performance” of the chipset. Intel says it has since resumed shipping the flawed Sandy Bridge hardware, with an agreement from manufacturers that the affected parts only be used “in PC system configurations that are not impacted by the design issue.” MacBook Pros are expected to be unaffected by the Sandy Bridge flaws.

This current round of MacBook Pro rumors follows earlier reports that the ultra-thin MacBook Air laptop would also receive the Sandy Bridge upgrade. But seeing as the latest MacBook Air models were introduced only last October, an update to the line at the beginning of March would come quite a bit sooner than expected.