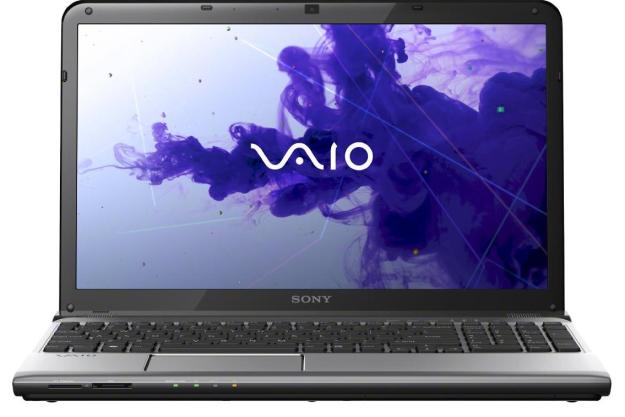 “We enjoyed our time with the Sony Vaio E, but nothing justifies its premium price relative to similar competitors.”

The Sony Vaio E Series has never been the most popular mainstream notebook, but it’s long been a good choice. Sony has consistently offered good design, a quality keyboard and reasonable pricing as well as numerous aesthetic options. These have helped the E Series stand out.

Time does not stand still, however, and other companies have started to tread on Sony’s turf. Lenovo and HP are two companies that have put considerable effort into making their products more exciting. And Dell has always offered some of the best personalization options in the business.

Sony has now updated the E Series with the latest hardware to help it stand out against this stiff competition. Our 15.5-inch review unit (Sony also offers 11.6-inch and 14-inch models) arrived with a Core i5-3210M processor as well as 6GB of RAM.

Although you can buy this laptop for as little as $499, outfitting it with the kit found on our unit brings the price to a higher, although still reasonable, $639. This represents a mid-range variant. It’s possible to grab a quad-core processor and discrete graphics if you desire.

Let’s take a closer look and see if Sony has the game to ward off the many competitors with similar price tags.

The exterior of the E Series is classic Sony. The company’s older laptops often sported rounded edges, smooth interior surfaces and a variety of colors to accent panels. These features are all present in this laptop, which make it stand out from other Sony products. The S Series laptops we tested earlier this year, as well as the Sony Vaio Z, are more reliant on hard edges and expanses of flat, dark material.

Our review unit arrived in a simple silver-and-black suit, but other colors are available including pink, white and blue. Silver models such as ours come with an aluminum lid. Another model comes in black with burgundy accents as well as Sony headphones.

Thin is not a word that can be used to describe this laptop, and it can feel a little old-fashioned in the wake of the Ultrabook’s surge into the market. But build quality is good. Surfaces feel solid, and the chassis has just a hint of flex, which is common for a large laptop with an optical drive. Panel gaps are small.

Sony uses a strange connectivity configuration, which places one USB 3.0 port on the left flank and three USB 2.0 ports on the right. This gives the Sony one less USB 3.0 port relative to most competitors. Video output comes courtesy of HDMI and VGA, and individual headphone and microphone jacks are available. Both jacks are near the front of the laptop, making them easy to use.

Keyboard quality has usually favored Sony, and the E Series is a good example of why. Although we believe that the ThinkPad Edge laptops offer the best keys on a consumer laptop, this computer is a close second. Key feel is decent, and the layout is wonderfully spacious. Surprisingly, Sony is able to cram in a numpad without also reducing the size of the backspace and enter keys.

Backlighting is standard on all models, even the $499 entry-level variant. However, the computer has no brightness option, nor can a user turn the lighting on or off via a function key. Users instead have to open the Vaio software assistant and then navigate to the keyboard settings. The option to turn off the backlight when not using the keyboard will be the best bet for many users.

Touchpad quality is a letdown. The touchpad’s surface is of only moderate size and offers no texture. Pressing the integrated mouse button results in a short, stiff key action and a hollow ca-clack sound. Multi-touch gestures work poorly. Would-be buyers should invest in a travel mouse.

Sony offers no surprises with its glossy 1366 x 768 display. Black levels are poor, which gives images a washed-out look. Gradient banding test images rendered smoothly but were missing their darkest fraction. Viewing angles are poor on the vertical axis and limited on the horizontal axis.

All of this is typical with cheap laptops, so Sony is not failing compared to the competitors. We think the ThinkPad Edge’s matte display was more enjoyable, but it’s also an exception. Gloss is typical among consumer laptops.

No brand labels appear on the Sony’s sound system. It’s just a pair of stereo speakers, and that’s what it sounds like. Audio is generally clear, even at maximum volume, but we heard a noticeable distortion in music with significant, unrelenting bass. The speakers can’t handle that range and struggle in their attempts to produce it.

The thick 15.5-inch Vaio E reaps the benefits of its size by providing quiet, effective cooling. At no point during our use of the laptop did its fan annoy us. In fact, we rarely noticed it at all, even while the laptop was running some benchmarks. A moderate level of ambient noise will drown out the fan.

Temperatures were also reasonable. At idle, the hottest points on the laptops exterior reached only 83 F. Load increased this to 94 F, which is still an extremely low number. Our general use, consisting of Web browsing and light productivity, never made the palm rest or bottom uncomfortably warm.

This laptop’s weight of nearly six pounds and thickness of 1.4 inches puts it solidly in the multimedia laptop category. Users can pack this laptop, but doing so can be difficult with a messenger bag. A backpack with a laptop compartment is a better match.

Battery life comes courtesy of a 44Wh unit. This is small for a mainstream laptop, which was reflected in endurance testing. The Sony Vaio E only lasted one hour and 30 minutes in our battery eater load test. The light-load reader’s test extended life to four hours and 41 minutes, which still is only average.

Sony provides larger batteries as an option. They will protrude slightly or significantly from the chassis, depending on the size of the extended battery you purchase. Endurance with the largest battery is most likely excellent, but the battery is also an extra $100. Lenovo charges less for the extended-life battery on the ThinkPad Edge E530.

We know of only two companies that still ship laptops with a pre-installed software dock: Dell and Sony. Because neither works better than the Windows 7 taskbar, this is not to their credit.

At least Sony has refined its dock. It works more smoothly than before, and it did not glitch or crash once, a pleasant change from previous incarnations. But the dock is still unnecessary, and we will be unhappy until it is gone.

Kaspersky is the anti-virus of choice, and although it’s less common than Norton or McAfee, its pre-bundled version is just as annoying. The computer also comes with a host of Sony’s apps and services, such as PlayMemories. We don’t think most people will use them, and they stay out of the way unless called upon.

Sony shipped our review unit with the Core i5-3210M processor. This third-generation part is the entry-level component in the new Core i5 line. We’ve tested it and similar processors before, so we weren’t surprised to see it produces a SiSoft Sandra Processor Arithmetic result of 45.75 GOPS and a 7-Zip score of 8,336 MIPS. Both of these are right in line with competitors that offer similar processors.

Although the processor is strong, Sony offers no solid-state drive options with the 15.5 Vaio E. Buyers have to pick from several different mechanical hard-drive capacities, all of which are 5,400 RPM drives. This contributed to a poor PCMark 7 score of 2,163.

Another contributor to that low result is the use of Intel HD 4000 integrated graphics. Discrete GPUs from AMD are available but were not included on our review unit. This is why the Vaio E only managed a 3DMark 06 score of 5,575 and a 3DMark 11 score of 678. Gamers can play many titles on this laptop, but demanding games will only be playable with the detail turned way down.

Sony’s refreshed Sony Vaio E fits snuggly into the current mainstream laptop market, but the computer is also what you make of it. The review unit we received is a typical budget laptop that makes a few subtle attempts to class things up. It includes a good keyboard with backlighting, a stylish exterior and an aluminum lid.

If you choose, you can outfit this laptop with a quad-core processor, or Radeon 7550M discrete graphics. Both options are unusual for laptops of this type, and may attract buyers who can’t find the exact options they want from the competition.

The price of the Sony is its biggest weakness. Although $639 is not a lot for laptop with this hardware, other companies offer similar hardware for less. The HP g6 and Lenovo Edge E530 are just two examples.

Customization only makes the problem worse. A Vaio E with a Core i7 and Radeon 7550M might seem like an entry-level gaming laptop or budget workstation, but Lenovo’s Y480 offers a more powerful graphics solutions at the same price. Acer also provides some products with much better bang for your buck.

We enjoyed our time with the Sony Vaio E, but nothing justifies its premium price relative to similar competitors. Even the laptop’s design is unexceptional, negating one of Sony’s traditional strengths.