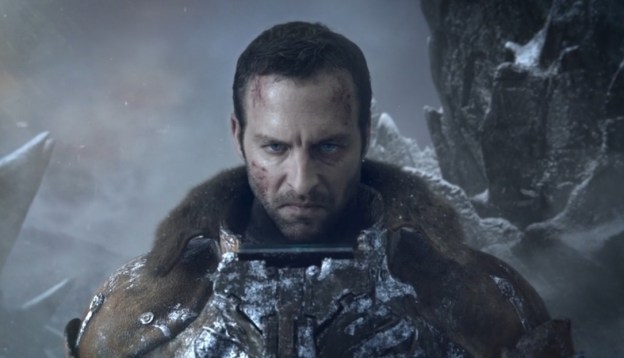 You can’t please everyone. This is a lesson anyone in entertainment – or anyone who produces content of any medium, for that matter – has come to learn. When Michelangelo painted the ceiling of the Sistine Chapel, there were likely people that walked in and thought “meh.” We are an opinionated species, and one person’s masterpiece is another’s sloppy graffiti.

So what chance does a video game have, especially one born out the fringe genre of survival-horror? That is a question that the Dead Space franchise has faced since it was first released back in 2008. How do you offer a survival-horror game that can capture the same audience as blockbusters like Resident Evil and Silent Hill, and still attract a mainstream audience that tends to gravitate towards combat-heavy action titles?

The first game in the series put the horror first. It was filled with plenty of scares, scarce ammo, and death around every corner. It had a few pacing problems because of it, but it was generally hailed as a major success; greeted as a viable new franchise, as well as one of the best survival horror titles in years. It was, however, very much a genre game.

For the second iteration, the game had a slightly more combat-oriented slant, introducing larger areas and plenty of ammo. It received as good, if not better, reviews, sold more copies, but also lost some of the fans from the first game. Fear took a backseat to combat, and the threat of a fright gave way to the predictability of an enemy encounter. You could walk into a dark hallway and know that something was going to spring out at you every time. It was still hailed as a great game, but it was noticeably different from the first, and faced criticism for it.

With Dead Space 3, the series has seemingly shifted even further away from the survival-horror aspect and more towards the action-horror. The trailers and clips have shown a much heavier combat emphasis, and there is even a co-op mode that seems to nullify the fear aspect altogether. It is far less frightening to walk into a dark and creepy room when you have a machine gun toting buddy next to you.

That certainly doesn’t mean the game can’t scare you. It just means the impression given off is that horror is secondary.

We recently joined in a discussion with Steve Papoutsis, Visceral Games General Manager and Vice President, and the executive producer on the Dead Space franchise. The first question was, of course, regarding the shift from survival to action – but according to Papoutsis, it isn’t the game that needed to change, but rather our definition of it.

The survival-horror genre has been slowly dying over the last few years. Games like Resident Evil have moved further and further away from their roots with mixed results (see the critical and commercial bomb, Resident Evil 6). Other games, however, like Day 1 Studios’ F.E.A.R. 3 fared better and managed to keep the survival-horror base happy while also attracting more mainstream gamers looking for something new amid a saturated sea of shooters.

The move also makes sense given the story arc of the series’ protagonist, Isaac Clarke. He began as an engineer with particular skills that helped him survive, but he was not a soldier or fighter. By the time the second game arrived, Isaac was nearly mad following his encounter with the Marker, and his treatment at the hands of EarthGov didn’t help. By the time the third game arrives, Isaac has seen a lot and been through more than nearly anyone in his universe. It makes sense, at least from a narrative point of view, that Isaac would be more of a hardened combat vet at this point. Of course, the game isn’t out yet, and the fear factor could still be very high.

The introduction of the co-op was also not nearly as surprising as most may think, according to Papoutsis, who claims that the idea was first considered as far back as the first game. The thing about the co-op is that you don’t need to play it at all. When you are playing solo, the second character becomes a background character that occasionally shows up as the story dictates, but he is not a computer-controlled ally who joins you. In the single player campaign, you are very much on your own. The co-op is almost like a separate game.

Dead Space 3 intends to further expand the universe Visceral has created. The co-op is simply one more way to do that, and the new character, Sergeant John Carver, represents the surviving EarthGov forces. He is a fully realized character, complete with his own backstory that will be revealed in the game and through other mediums.

“We have a graphic novel that’s coming out soon that really focuses on John Carver’s past, and we have a novel that’s coming,” Papoutsis said before highlighting his favorite tie-in product. “Those are two really important things that we’ve done this time that are fun and fit in with the fiction. And the other thing that I got to see the other day that was absolutely super awesome was the art of Dead Space book that is coming soon, which is really, really, really neat. I was blown away by how nice it looked. It was very, very cool.”

But even as the universe expands, there is one area the Dead Space team is not planning to go: the Wii U. The previous games were exclusive to the Xbox 360, PS3, and PC, and this game will be no different. Visceral did develop Dead Space: Extraction, a spin-off game exclusively made for the Wii. But even with the added power of Nintendo’s new system the team is not looking to bring the horror to Nintendo’s doorstep.

“With the Wii U, I’m sure Nintendo is going to be successful with that. It’s very interesting, but it didn’t factor into the plans because the game’s controls and the way that it was designed, and where the series has gone, didn’t factor that in,” Papoutsis stated. “So we’re not going to just bolt on that stuff to Dead Space.

“When we did Dead Space: Extraction, that was a Wii game from the start. Everything about it took into account the hardware and how to best deliver on a Wii experience. On the Wii U, it may work, but again, players would feel like we were not utilizing that system to its full extent. It just wasn’t the plan, and we weren’t going to change the plan for it. “

That doesn’t rule out a possible Wii U exclusive down the road, but Visceral is keeping quiet regarding any further plans regarding the franchise. Papoutsis wouldn’t comment on any DLC for the game either, although Dead Space 2 featured several expansion packs, including a standalone chapter with a different character. Odds are Dead Space 3 won’t ignore the lucrative world of post-release content.

It is fun to dream about the future of the franchise, but it most likely depends on the success of this game. EA just released its most recent earnings report, and while the company is well situated for the future thanks to heavy investments in mobile and social gaming, its console software sales bordered on anemic – thanks in no small part to a few high profile bombs, especially Medal of Honor: Warfighter. That illustrious series has been taken “out of rotation,” which could mean the end of one of the oldest franchises around – at least for now. Dead Space has far less clout, so a poor showing could spell serious trouble.

On the other hand, a hit will position EA nicely as the next generation of consoles arrives, and should give Visceral plenty of breathing room to craft another Dead Space for the next generation. And while the game is firmly grounded in its third-person shooter roots, things could always change.

The immediate future of the franchise will be decided soon enough. Dead Space 3 arrives for PC, PS3, and Xbox 360 on February 5.

Everything announced at Behaviour Beyond