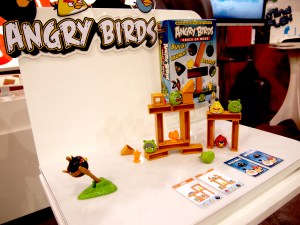 According to Rovio CEO Mikael Hed, an Angry Birds TV series is in the works. In an interview with C21 Media, Hed reportedly said the show has been a project for “quite a while, and that is definitely one of my big focus areas right now – to work on broadcast content for Angry Birds.”

Earlier this year, we heard that the insanely popular smartphone game would be coming to console. At the Social Gaming Summit, Rovio Mobile CEO Peter Vesterbacka even mentioned the company was planning to play off its immense success with everything from toys to movies. Looks like Rovio’s delivering.

As far as content, a Rovio spokesperson told AFP that it “would be interesting to the whole family, for both adults and children,” and that the developing company is currently looking at writers to collaborate with. As of yet, there is no distributor.

Is Angry Birds reaching oversaturation (if there even is such a thing)? A game for consoles is a natural fit, but a show that appeals to kids and their parents seems a bit like a stretch.