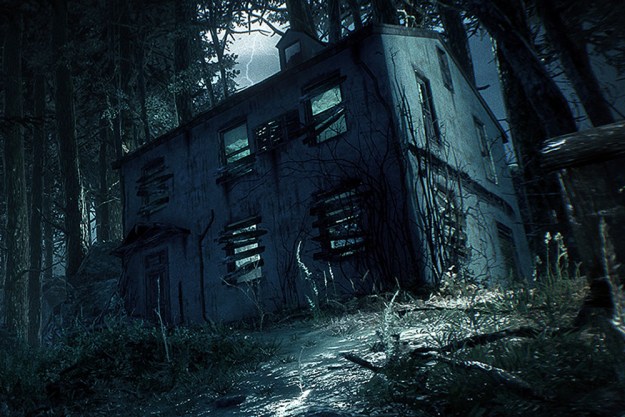 “Blair Witch delivers on horror, but the story remains a mystery.”

The Blair Witch Project is a movie that fundamentally changed mainstream horror as we know it. Its found-footage style, pseudo-realism, and invisible antagonist introduced a new way of striking fear in audiences. It was a new spin on psychological horror that brought the terror that much closer to reality, and it wasn’t long before we started to see more of this in other forms of entertainment.

Nearly 20 years have passed since the first Blair Witch movie released, and video games have come a long way since then. Horror games like Outlast and Resident Evil 7 have shown us that a little atmosphere and story can go a long way, and fear can be elicited with more than jump scares and big scary monsters. Bloober team, the developers behind the superb Layers of Fear, are veterans of suspenseful horror, and the Blair Witch game taps into their experience.

Blair Witch uses suspenseful environments and eerie binaural audio to make exploration an act of courage. Pair that with a deteriorating protagonist, and a bare-bones set of tools, and I was left shaking in my hiking boots. Despite how well these mechanics come together, though, the bits of story shown were predictable and uninspired. That’s worrisome, as the developers call Blair Witch a story-driven game.

The terror that lies within

The premise of Blair Witch doesn’t stray far from the movies. A kid goes missing in Burkittsville, Maryland, and a group of residents head into the Black Hills Forest to find them. That’s by design. The game is inspired by the lore from the movies, though not in any way linked to the films. It does take direct inspiration from the original and 2016 films. Blair Witch 2: Book of Shadows, the widely plan sequel to the original movie, is mercifully forgotten.

Instead of following the usual group of young and foolish adults, you play a former cop, Ellis, with a troubled past. The game begins with Ellis on his way to join a search party for a missing boy. He’s accompanied by an adorable pup named Bullet — a doggo you can pet — who quickly becomes an important ally for navigating through the perilous woods.

When you arrive at the meeting site, you find a note that says the party has embarked on its search without you. They leave behind a walkie-talkie and a photo of the kid, but that’s all. Frankly, the scenario stretched my faith in the story. Missing children are very much a part of Blair Witch lore, but a trained search party leaving behind someone to explore a wood notorious for disappearances? That doesn’t fit the formula.

I played a brief demo, so I could be missing some important context here. The developers said the demo’s lack of story was intentional. Blair Witch is a story-driven game and the team wanted to avoid spoilers. Still, that was detrimental to the experience. I never felt emotionally connected with the game’s story, and never exactly understood why events were unfolding as they did.

The binaural audio tested my bravery, alluding to the fact that we were not alone despite the woods’ desolate appearance.

As I pushed forward through Black Hills Forest, dense fog made it impossible to see anything that might lay ahead. Following Bullet, I made my way through a swamp filled with jagged and broken trees. The atmosphere set the mood immediately, forcing me to summon up my courage and push forward. Admittedly, I’m kind of a wuss – but what’s the fun in being brave while you play a horror game?

Soon, whatever was lurking among the trees was pursuing me, and I was  frantically running away from this invisible menace in the suddenly windy, dark woods. My vision became blurred and darkened, making it difficult to keep up with Bullet. I listened for him in the encroaching darkness while trying to make out his shadow as he ran in the distance. It was terrifying, but also frustrating. Your survival is dependent on your ability to keep up with Bullet, a dog who is your supposed right hand, yet seems willing to leave leaving you for dead.

An immediate threat and impeded vision can be a great recipe for confusion and bone-chilling fear. You might think it time to pull out a gun, but in Blair Witch, you don’t have weapons to fight off what lurks in the forest. You’re equipped with a flashlight, camcorder, and Bullet. He can seek out important items and threats in the woods which, in your deteriorating mental state, is pivotal to your survival.

The developers instructed me to stay close to Bullet, ominously suggesting things would quickly go astray if he wandered off. That sent me into a mild panic. It was easy to lose sight of him and end up in a random dead end in the woods. Using pure adrenaline and a little intuition, I managed to escape, though more by luck than skill.

The demons Ellis confronts are both internal and external. Ellis has a dark past and he frequently makes obscure references to it. These strange asides left me wondering if the threats encountered in Blair Witch were real or the result of Ellis’ vulnerable mental state.

Aside from Bullet, the best tool at your disposal is your camcorder. In addition to night vision, it can use tapes you’ve found in the game to alter the environment around you. One tape showed a man running through the house I was in and opening doors as he went. When pausing the video at the exact moment he opened a door, that same door, which was previously locked, mysteriously opened. I could then retrieve an item to unlock a door that gated my escape.

These strange asides left me wondering if the threats I encountered were the result of Ellis’ vulnerable mental state.

It feels confusing at first, but it’s a fresh spin on the use of camcorders in horror games. It feels authentic to the Blair Witch series and, if used practically, could compliment gameplay.

The camera also has night vision, illuminating your surroundings and highlighting odd markings throughout the house along with some, shall we say, unappealing objects. I won’t spoil them, of course, but what I saw of the Witch’s house elicited a hearty scream — to the delight of the developers.

Blair Witch certainly delivered horror. Its atmosphere of unease and complimentary tools, like the camcorder, have the potential to create truly satisfying moments. Bullet is also a very good boy when — he’s not running off with his tail between his legs. Blair Witch has all the right ingredients of a scary game. I just hope its story can turn it into something truly horrifying.

Aliens Dark Descent is a squad-based isometric shooter coming in 2023
The best horror games on PC
The best horror games for Xbox Series X
The best horror games on Nintendo Switch
‘Wordle’ today, September 29: Answer, hints, and help for word of the day (#467)
Fortnite Chapter 3, Season 4 guide: All week 2 quests and how to complete them
All Fortnite Chapter 3, Season 4 quests
PlayStation Stars program awards high-tier members priority customer service
Google Stadia shutting down in January and users are getting full refunds
The best Xbox Series X games for 2022
The best games for Steam Deck
Save over $1,000 off a new gaming PC with this Alienware clearance sale
Best gaming laptop deals for October 2022