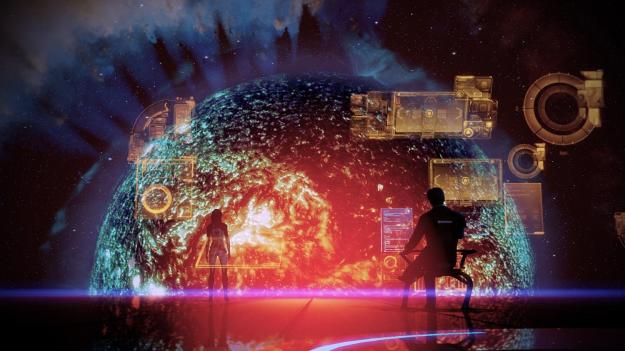 As a kid, a little piece of me truly hated Ninja Gaiden. That damn game was the bane of my existence for weeks, and I still have dreams about murderous birds swooping down out of the sky, hell-bent on sending me to my doom. It taunted me. Then one day my friend and I stayed up and played that game through the night until finally we beat it. I still consider it a crowning achievement on my gaming resume, and since then I’ve played almost every Ninja Gaiden game released. Yet I never actually owned the original myself, I borrowed it from another friend (who had seriously considered smashing the game out of frustration).

The act of borrowing games is a time honored tradition among gamers. It has introduced people to more than a few titles that would otherwise have remained lost in the shadow of the games with huge advertising budgets. With the new generation of consoles, this tradition could die.

If you somehow missed the news, Microsoft is toying with the idea of charging a hefty fee to play used games. The gaming community has taken it… well, saying it took it “badly” is like saying Justin Bieber’s fashion style is a “little unusual.” The rumored fees would be a kick to the collective privates of the used gaming market, but from a technical standpoint, the way that the hardware would do this would create severe collateral damage. By locking games to a single profile, it would end the practice of borrowing and loaning games.

If you want to buy BioShock Infinite, you can find it on Amazon right now for $39.99, just $10 more than a used copy. Thanks to competition and sales, gaming will survive without used games (grudgingly). Killing the ability to loan a game out, however, will have more significant consequences.

What details Microsoft has let slip are somewhat confusing, partly because the company continues to contradict itself. It currently claims that it will support used gaming and more details are coming soon. How it will support used gaming, however, is still unclear. Sony, meanwhile, has quietly sidestepped the entire topic, happily letting Microsoft be known as the destroyer of used games and the crusher of dreams. It may end up doing the exact same thing, but for now Microsoft is the one holding the lightning rod.

The focus of both the media and most fans has specifically been on the ability to purchase used games, and what this means for the used game market. Right now, the future of used gaming seems bleak, and the GameStops of tomorrow may look like a post-apocalyptic wasteland, as once-helpful clerks battle to the death over the last bag of Skittles, hoping to ward off starvation for one more day. Of course, it could all turn out to be based on incorrect information. Equally likely, Microsoft could glimpse the digital torches and pitchforks coming its way and abandon its plans. Sony, meanwhile, could then shake its head disapprovingly at Microsoft, while silently shredding its folder marked “Plans for Used Games.”

Whatever Microsoft decides, the Xbox One has been designed so that you will install games directly to your hard drive, eliminating the need for a disc afterward. (Sony has yet to confirm or deny this design for the PlayStation 4). To prevent rampant piracy, the console will require authorization. Without it you could just pass the disc to everyone you’ve ever met, and they could just install it and pass it on. It would almost be an insult to all the people that worked so hard at pirating games over the years. It would ruin the gaming industry.The easiest solution would be to require users to keep the disc in the optical drive as a proof of ownership, as many PC games have done for years, but that might not be the case. No matter what happens with used games, that seems to spell doom for the borrowing of games, as well as rentals. Sorry, GameFly.

You’ll still be able to take a game to a friend’s house (or an enemy’s house, I suppose – no judgment here) and play it on their console, but you will need to sign in to your personal profile. Gamers wanting to play the same games from a different profile would need to pay a hefty fee, probably full retail, which defeats the point.

The average salary of a person 25 or older working full time is between $31,000 and $56,000, depending on their level of education. With new games costing $60, and used games at $40 or more for big releases that are still relatively new, there are plenty of titles that people just aren’t going to spend their hard-earned money on. For example, I loaned a buddy the game Transformers: War for Cybertron. He is an old-school fan of the original cartoon show (you know, the really cool original one that proceeded the dumb CGI ones?), but not to the degree that he eagerly awaits Transformers properties. He doesn’t have a Decepticon tattoo or anything. But he was enough of a fan that he was happy to play the game.

War for Cybertron was a good game; not a great one, but good enough game that few people would actually regret playing it. When its sequel Fall of Cybertron came out, my buddy actually did buy that one (used). Hopefully the point is obvious: If I hadn’t loaned him the original, he wouldn’t have bothered with the sequel. There are thousands of stories like this, and they all run the risk of never happening in the future.

The death of game lending cuts deeper into what makes a console different from a PC as well. While PC gamers can proudly claim that their games look better, run smoother, and in some cases even cost less thanks to services like Steam, they are more complicated too. A PC gamer will wear that as a badge of honor, but it also isolates them. Consoles could always boast simplicity and accessibility, but it looks like that might not be the case for long.

Loaning games to friends is an old tradition with quantifiable benefits, just like loaning books and music. A person who borrows a game is exposed to the product enough to make a decision about the people who made it. Used gaming still requires an investment, so there is still a fair amount of care given when buying a pre-owned title. Borrowing a game costs nothing, and it nurtures the console community. Removing that ability changes the nature of the industry and makes it more insular.

I will tell you right now, as God as my witness, I will never pay one single penny for a dancing game. Not ever. That doesn’t mean I won’t ever play one though, especially if I have a party at my place. Borrowing it from a friend is easy, but having a dancing game won’t make or break my party. On a similar note, I probably would never have tried, and then subsequently become obsessed with Katamari Damacy if I hadn’t borrowed it from a friend. A Japanese game about a drunken King of All Cosmos losing all the stars and forcing his tiny, indentured son to recreate them with balls of junk? Ok, that actually sounds kind of intriguing, but the point remains.

It isn’t the blockbusters that are going to suffer if people can no longer borrow games, it’s the games from midsize publishers. The elusive “sleeper hits” we all love to talk about will just be sleepers, because they’ll never get the gamer-to-gamer exposure that used to make them hits. Games will either be smaller releases like indie and digital-downloads, or have major backing. Publishers won’t even bother releasing games that won’t be instant hits, because the chance for them to slowly grow will be significantly curtailed. If people can no longer borrow (or even rent) games, and used titles carry a heavy price tag, the retail shelf life plummets.

Forget used games, the death of borrowed games is the real game changer. I normally stay away from puns, but dammit, it’s apt. Losing the ability to loan games to friends and borrow others in return makes gaming something different. It makes it less inclusive, and also increases the costs of gaming as a hobby to new heights. Charging for online passes is one thing – multiplayer is generally a secondary feature, and when it isn’t, most people who want it are fine buying new (or paying the online fee) because of the amount of time they put in. That seems like a fair compromise.

Shakespeare famously wrote in Hamlet, “Neither a borrower nor a lender be.” Of course Shakespeare never played the Mass Effect trilogy. He probably wouldn’t have liked the ending, but otherwise he might have dug it – once he got over the shock of our modern amenities like indoor plumbing and the witchcraft that creates electricity, of course. After playing the first Mass Effect, I was on the fence about investing 20+ hours in the second despite all the recommendations. The third was on the way and looked great, but while I loved the story of the original, the busy work – aka that damn Mako – nearly derailed it for me. I eventually yielded and borrowed Mass Effect 2 from a buddy, and I loved it. When the third came out, I dropped a fair amount of change on the multiplayer microtransactions, not to mention the DLCs, ensuring BioWare still got a piece out of me. Borrowing games leads to a healthier industry.

I have always wanted to try out a rugby video game. But I can promise you, Nintendo and Sony, if you won’t let me borrow a friend’s copy or even rent one, I will go rugby-less. Preventing gamers from passing games around or even buying used titles at a discount won’t increase profits. People aren’t going to suddenly laugh and think “well played, Microsoft and Sony.” You won’t convince many people to buy a game that they weren’t going to anyway simply because of the threat of never playing it. Instead you will lose those gamers. And with them will go gaming as we know it.