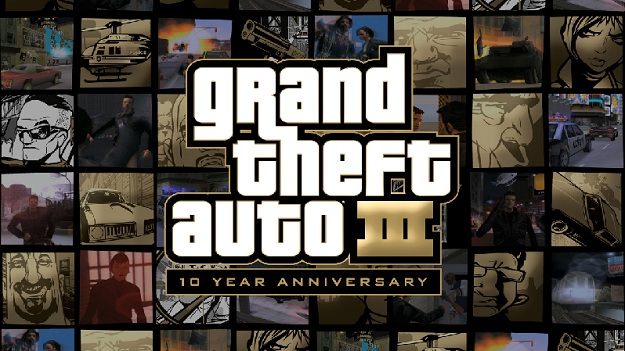 This year marks the 10th anniversary of Rockstar Games‘ groundbreaking open-world crime adventure, Grand Theft Auto 3. To celebrate, the developer is taking what was at one time the most marvelous technological wonder in the gaming world and breaking new ground with it once again by delivering a console-quality exerience to a mobile audience.

I stopped into Rockstar’s New York offices this week to take a peek at how the tablet and smartphone ports of GTA3 are progressing. The game was playable in tablet form at New York Comic Con a couple of weekends ago, but that’s not always an ideal place for a media preview. This was just me in a quiet room with some Rockstar reps on hand to demo three versions of the game, running on NVIDIA’s as-yet-unreleased “Project Kal-El” tablet, an iPad 2 and an iPhone 4S.

The Android-powered Kal-El tablet was the first contender, running the game through a TV-Out connection. The frame rates are still being perfected, but it’s immediately clear that this is a much better looking version of the game than most people played on their PS2s.

The visual boost comes as a result of Rockstar using a combination of newly created textures — particularly in the case of signs and vehicles (which now feature fully 3D-modeled engines) — and the higher resolution assets from the game’s PC release. Character models are more complex as well, sporting a higher poly count. The changes might not be immediately noticeable when we’re 10 years past the original game’s release, but they’re clear enough once you start looking back.

The Kal-El tablet also brought out another surprise: A wired Xbox 360 controller used to control the game via the device’s USB port. That’s right: GTA3‘s mobile release will support USB controllers on devices that can handle it. Apple’s tablets and smartphones won’t officially support the feature since they have no USB port, though Rockstar admits that such functionality isn’t out of the question with the help of a Camera Connection Kit.

The iPad 2 demo came next, and I can report that the game runs beautifully on the tablet’s A5 chip. The big challenge in porting a game like GTA comes from streaming in the surrounding open world as you explore it.

The supported device list is still being finalized (despite what was originally announced) but Rockstar admits that such a feat would not have been possible — or would have at least been considerably scaled back — using last generation mobile CPU and GPU technologies. And yes, since you’re probably wondering: It would be a “technical challenge” to deliver mobile ports of Vice City and San Andreas, but it is “very possible.”

Speaking of scaling, GTA3‘s mobile release is being designed to do just that. Much like GTA 4‘s PC release, there’s a certain amount of future-proofing in place that means a tablet released next year with beefier tech powering it will deliver an improved experience over what you’ll be able to install the game on when it launches later this year. There’s even the possibility that a future patch will add PC-like graphics sliders to the game, at least on the Android side.

In terms of straight-up gameplay, the controls are still in the process of being tweaked and refined. What I saw and played this week differed from what was offered at Comic Con. It’s more than just the basic controls too; things like virtual button sensitivty are still being tweaked as well. Case in point: hitting the tiny on-screen buttons in the iPhone 4S version of the game is a challenge, though the game runs beautifully on that small-screen platform.

However the final button scheme turns out, players will have the option of adjusting how they appear in the HUD. Everything from the minimap to the control buttons can be moved around and resized to suit a variety of players and grip styles. If you played Conduit on the Wii then you have a good idea of what to expect; there’s total flexibility here.

Beyond the technical stuff, the game is largely unchanged. The parameters for some of the game’s timed missions hae been tweaked, to account for the touchscreen-focused platform’s unusual control scheme needs. Similarly, the overall difficulty will be toned down from what console players might remember.

All of the content is there, however, even potentially controversial bits like being able to… errr… solicit the services of a lady of the night. Rockstar contends that there’s a place for both mature content and console-like gaming experiences in the mobile market, and GTA 3 is meant to address both.

The radio will also be returning in the same form it was when it first appeared in GTA 3. The plan had originally been to add some new radio stations and include support for user-made playlists, but those features were put aside in favor of tightening up the play experience. You can probably expect to see custom playlist support added by patch at some point, but it won’t be a supported feature at launch.

Those who read the news of a mobile port for GTA 3 and scoffed at what seemed like a quick and easy cash grab are in for a surprise. Rockstar is bringing the same level of effort and focus on quality to this port that it does to any of its console or dedicated gaming handheld releases. After all, it’s not every day that a bona fide gaming classic gets the chance to make history twice.

Razer’s 5G-enabled handheld gaming system is getting a public release
How to link Fortnite accounts
How to add external games to your Steam library
PlayStation VR2: release date, launch games, price, and more
How to get Star Coins fast in Disney Dreamlight Valley
Sony says collaboration with FromSoftware could go beyond games
Take advantage of this GameStop trade-in deal and upgrade to a PS5 for less
A new Witcher trilogy and Cyberpunk game are in development at CD Projekt Red
FIFA 23 career mode guide: Lead your team to glory
Title of new Need for Speed game leaks ahead of Thursday’s reveal
Build out your game library with GameStop’s video game sale, live now!
Every video game delay that’s happened in 2022
How to make money fast in Cyberpunk 2077