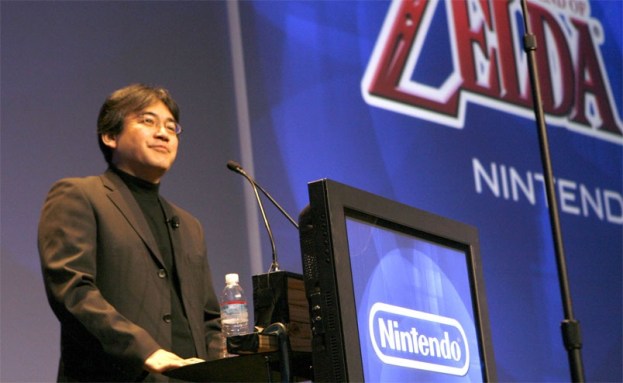 In the wake of yesterday’s news that Nintendo suffered its first-ever quarterly loss and plans to slash prices on the Nintendo 3DS, the president of the Japanese company put the blame on his shoulders and told shareholders he plans to halve his salary.

Nintendo president Satoru Iwata addressed shareholders today, and explained the decision to cut prices on the handheld 3-D gaming device, which has experienced lackluster sales due to a variety of factors — not the least of which is the low number of games available for the system and frequent delays (and cancellations) for in-development games.

Iwata won’t be the only person on the Nintendo payroll feeling the financial effects of the underperforming 3DS, as he indicated that a number of other high-level execs will take 30- and 20-percent pay cuts, too. While he admitted that the 3DS itself cannot be profitable at the reduced price point (the system was reduced from $250 to $170 in the U.S.), Iwata believes the cost of producing the units will drop as demand rises.

As we reported yesterday, Nintendo’s financial reports recorded an operating loss of 37.7 billion yen for the April-June quarter, giving the company its first quarterly loss since 2003, when it began reporting such data.

In today’s statement, Itawa repeatedly referenced the importance of building up the 3DS library of games as the key to turning things around, and indicated that the company has no plans to release Nintendo 3DS games on other platforms.