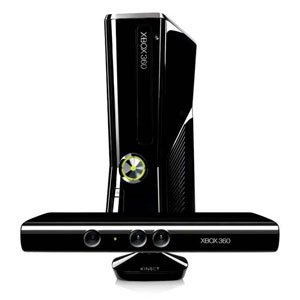 Market research firm NPD has released its figures covering video game console and game sales for February 2011, and finds that overall U.S. consumers spent 3 percent more on video games during the month than they did a year ago. Overall, Americans put some $1.36 billion into games and consoles during the month, up from 1.33 billion in February of last year. Console sales in general were up a surprising 10 percent, although the amount of month consumers spent on games was down 5 percent compared to last year. However, the real winner was console accessories, which jumped 22 percent over sales figures from last year, owing in large part to the success of Microsoft’s Xbox Kinect motion sensor controller.

This month also recorded a new milestone for Activision and developer Treyarch’s Call of Duty: Black Ops, as the title is now officially the best selling game of all time in the U.S., with 13.7 million copies sold in America alone.

Overall, NPD found the top-selling console of the month was the Xbox 360, followed by the Nintendo Wii and the Sony PlayStation 3. NPD no longer releases specific sales numbers for consoles or game titles, leaving it to publishers and manufacturers to release those figures if they like. Microsoft says it sold 535,000 Xbox 360 consoles last month—a jump of 27 percent, year-on-year—while Nintendo reports selling 454,000 Wii units during the month. Sony hasn’t released sales figures, but industry reports put February PlayStation 3 sales in the range of 400,000 units.

NPD found the five top-selling games in the U.S. market for the month were Call of Duty: BlackOps, Marvel vs. Capcom 3, Just Dance 2, NBA 2k11, and Dead Space 2. Call of Duty: Black Ops has been available since November, and NPD says it’s now the bestselling game in U.S. history, surpassing sales of Wii Play.

NPD found sales of portable systems like the Nintendo DSi and Sony PSP fell 27 percent during the month. Although portable gaming is expected to get a boost when Nintendo launched the 3D-capable Nintendo 3DS in the United States next month, the overall trend for portable gaming seems to be leaning towards smartphone and tablet platforms.