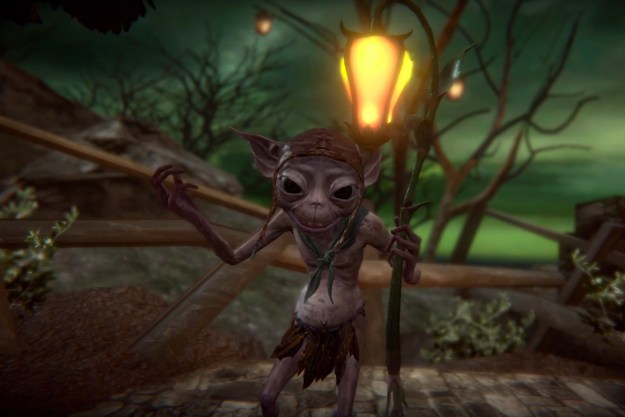 “Pascal's Wager doesn't quite match the impressive standards of its inspiration, but Dark Souls fans should check it out.”

Developer FromSoftware created what is arguably the most-influential game of the last decade with Dark Souls. That game, and its sequels, were met with waves of imitators that we’ve collectively referred to as “Souls-likes,” but they’ve thus far been limited to consoles and PC.

Creating such a challenging and complex game on a mobile platform seems like an impossible feat, but TipsWorks gives it a go with Pascal’s Wager. It’s not too original, but does have a few tricks up its sleeve.

In contrast to the vague narrative often standard for FromSoftware games, TipsWorks presents more direct storytelling in Pascal’s Wager. It highlights the AAA-like production values of the game, but it also works to show how effective the less-direct approach can be.

Set in a world overrun with darkness after the disappearance of creatures called “Colossi,” the game stars Terrence, a courier on the search for his wife, who herself has seemingly been seduced by the darkness. During his journey, he’s joined by a trio of other adventurers; the gunslinger Viola, the casket-wielding Norwood, and the nun Benita. All three have an ulterior motive, while Terrence’s is more direct and transparent.

There are a few clever twists in Pascal’s Wager, but nearly every beat is compromised by horrendous writing and voice acting. Characters sometimes don’t appear to know the emotion they’re supposed to be feeling, alternating between yelling and loud whispering.

It can be hilarious. For example, a people known as “Marcians” are often pronounced “Martians,” and a few lines randomly displayed subtitles in Chinese. Letting players fill in the blanks and providing them with atmosphere and light context clues would’ve been more compelling.

Gameplay: Yea, it holds up.

Enough players have skipped through the cinematics in Dark Souls over the years to know that story is secondary in these games, and if you hold that view, you’re going to be happy with Pascal’s Wager.

The combat unfolds almost entirely like other games in the genre, with an arsenal of light and heavy attacks, dodging, back-stabbing, finishing moves, and parries at your disposal. Pascal’s Wager also has a “rage” meter, which increases as you land hits, and can then be used to unleash special attacks. It adds a layer of nuance and strategy to battles, particularly when you’re trying to lower your enemy’s stamina to finish them off.

What separates Pascal’s Wager from other Souls-likes is its character-switching system. With a few exceptions, you’ll be sent into battle with Terrence and one companion. You can swap whenever you’re not in combat, and when one dies, you switch to the other instead of going back to the nearest checkpoint.

Because of their different combat styles, this can mean varying techniques halfway through fights. Terrence is a middling character, with average defense, speed, and attack power, while Viola and Benita are both squishy but capable of dealing tremendous damage. Norwood, meanwhile, can deal relatively high damage but is slow, making him a liability in certain encounters.

Should you prefer one of these over another, you can choose to keep them in your squad for good. In my case, I found Benita to be the most effective, because she can heal herself without using limited-use potions.

If you’re familiar with the animation-based combat of Dark Souls or Bloodborne, you’ll be right at home in Pascal’s Wager. Once you start an attack, that animation plays out until you are either hit or damage an enemy, meaning you need to be extremely careful with when you strike.

Enemies are unforgiving, especially in groups, and they’re often hiding in unsuspecting places while you navigate the game’s open-ended environments.

Don’t play without a controller

When you do start facing off against the game’s tougher enemies, you’ll understand one of the game’s key suggestions: Play with a controller.

By default, Pascal’s Wager uses a virtual stick and buttons to handle everything, and while this might be serviceable in Fortnite, it will drive you mad here. Fortunately, iOS 13 added support for Xbox One and PS4 controllers, and combined with a controller mount, you’ll be able to play with a more recognizable layout. Requiring this does somewhat defeat the purpose of putting the game on mobile to begin with, but there isn’t a better solution.

As is par for the course in the genre, Pascal’s Wager features plenty of doors, elevators, and gates that you must unlock from one side before they’re usable on the other. The game clearly imitates FromSoftware’s design here, and absolutely nails it.

Every time you explore an area you feel like you’ve made significant progress.

Every time you explore an area, discovering a shortcut back to a checkpoint, you feel you’ve made significant progress, at which point you can cash in your “bones” for upgrades. These are both experience and currency. Unlike the Dark Souls games, you only lose a fraction of your bones when you die instead of all of them.

That can make death less frustrating, and allow you to continue improving in difficult areas. At the checkpoints – the game calls them Altars – you can also equip special equipment that improves specific stats, fill up on consumable items, and distribute skill points to your current characters.

Difficulty: It goes up to insane

One of the consumable items is a sanity elixir, which is crucial for one of Pascal’s Wager’s most unique mechanics. As you damage enemies, you will gradually lose your “sanity,” which is displayed next to your health bar. If it falls into the “abnormal” territory, you’ll receive a slight health reduction, and if it is completely lowered, you will enter a “lunatic” state.

That’s bad. Enemies become much more difficult and even gain new moves. It’s annoying to deal with at first, but managing your sanity through potions becomes a crucial part of fights.

Boss fights are, by far, the most dangerous time to lose your sanity. Challenging but (largely) fair, these are the game’s best moments, and showcase an unexpected level of creativity. They range from horse-mounted mages to Lovecraftian brain monsters with sprouted tentacles, all of which require their own strategy.

After a few tries, you’ll start to learn their moves and can better gauge when to attack, and the late-game fights provide a great blend of difficult and spectacle. Upon death, you always have a very short run back to the battlefield to try again, so you won’t forget any of what happened in the last fight.

The leap in difficulty from the penultimate boss to the final battle is ludicrous.

The delicate balance of challenge and frustration is present in nearly every fight, with the exception of the final boss. Yep. I couldn’t beat it.

Despite hours of attempts, the game’s somewhat finicky camera and the fight’s three-phase format makes it nearly impossible. Yes, the final boss should always be the toughest, but the leap in difficulty from the penultimate boss to the final battle is ludicrous and brings the game’s breakneck pacing to a grinding halt.

There is an option near the beginning of the game to lower the difficulty through an Easter egg, but when only one boss is the problem, that isn’t much of a solution.

Despite going way overboard on its final boss, and a laughable story, Pascal’s Wager is an impressive action game. Translating this hardcore genre to phones and tablets is not easy, and the sanity system and multiple playable characters make TipsWorks’ game worth playing, even for those who don’t typically enjoy mobile gaming.

Not on mobile devices. On console and PC, the Dark Souls games are unquestionably superior.

TipsWorks says the game lasts between 10-20 hours. We found it closer to the latter.

Yes, provided that you have a controller and a mount for your phone.